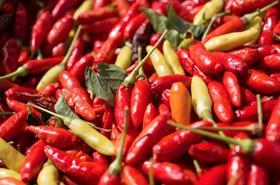 “The variety we developed, although a hot pepper, can be used as a rootstock for bell peppers by using grafting,” Rathinasabapathi explained. “Root-knot nematodes do their damage in the plant’s root, and if one uses a rootstock that is resistant to the nematode, the plant will not be affected much by the nematode.'