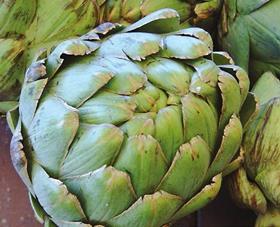 The Peruvian Exporters’ Association (ADEX) has urged government to invest in research and development for the artichoke industry in order to expand production with varieties adapted to the country’s various microclimates in the wake of growing competition from emerging supplier China.

According to figures from ADEX Data Trade, in the first five months of 2009, Peru’s artichoke exports have fallen by 25 per cent in value to US$18.8m, compared with the same period last year.

“Peru should already have an artichoke variety genetically adaptable to our different climates – we’ve been talking about this for 10 year but so far we have not made any advancements,” said Javier Gilardi of grower-exporter Danper Trujillo.

“Although Spain is the main exporter and competitor for Peru, China is growing considerably and if we don’t work in an organized manner it could negatively impact the Peruvian artichoke industry,” added Mr Gilardi.

Danper itself is reportedly working in conjunction with the Peruvian National Institute of Agrarian Innovation (INIA) in Arequipa but development has been slow given that there is no dedicated company to research and investigation.

Peru mainly supplies artichoke to the US, Spain, France, the Netherlands, Canada and Brazil, although shipments are diversifying to other markets including Turkey, Panama and Denmark, among others.