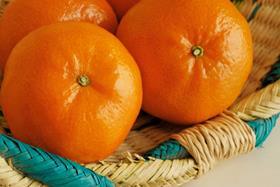 Vietnam and India could be the next two frontiers for Peruvian citrus with government and industry working to secure access.

According to a report from El Comercio, Sergio del Castillo, general manager of ProCitrus said the industry hoped to gain access to the two Asian markets as its exports continued to grow.

“There are new markets that are being worked on.With regard to Vietnam, a technical mission must come to see the entire citrus export certification system, but it has not occurred due to the pandemic,” said del Castillo.

In regard to India he said other issues had also disrupted free trade agreement negotiations with Peru.

“India wants to exchange Peruvian fruit with rice or peanuts, they are already the subject of negotiation.In recent months, the highest-level officials were more concerned about internal problems.”

Access to more markets will be welcomed by an industry that saw exports grow in 2020. According to ProCitrus, Peru exported 260,000 tonnes of citrus, a 35 per cent increase in 2019.

Del Castillo said the goal was to maintain these volumes in 2020 although demand would be hard to predict as he speculated once people in the Northern Hemisphere were vaccinated, interest in the Vitamin C rich fruit may be affected.