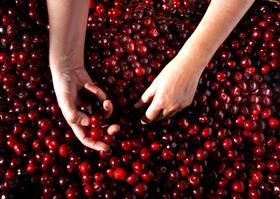 The arrival of the first high-quality Spanish Picota cherries in the UK is being highlighted by ‘Pick a Picota Week’, which runs from the 22–28 June.

Picota is an exclusive product, grown in Spain’s Jerte Valley, that is distinguished by its flavour and sweetness, while also being dark red in colour and having a more fleshy, crunchier texture than other cherries.

The fruit is sold without stalks, which are left on the tree when carefully harvested by hand, and unlike other cherries, which are round, Picota develops a natural point – hence the name (pico is Spanish for peak, or point).

Picota cherries are protected by a denomination of origin (PDO) status, which means they can’t be grown anywhere else, and are only available in supermarkets until the end of July.