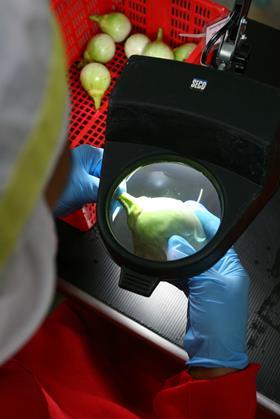 A new global study suggests that over half the world’s population is concerned about food safety.

Lloyd’s Register Foundation World Risk Poll, conducted by Gallup in 142 countries, said that 60 per cent of people worldwide are worried about the food they eat, and 51 per cent are concerned about the safety of the water they drink.

Seventeen per cent of the 150,000 poll respondents said they had suffered significant harm from the food they ate in the two years prior to polling, and almost as many, 14 per cent, had been seriously harmed by the water they drink, Lloyd’s Register Foundation said.

According to its findings, the UK ranks 126 out of 142 for the experience of serious harm from eating food – placing Britain among the top 20 countries in the world for food safety, Lloyds Register Foundation - a global charity - said.

Commenting on the poll, Markus Lipp from the United Nations’ Food and Agriculture Organisation, said: “The World Risk Poll gives us the first ever global view of people’s attitudes and awareness of the risks posed by unfit food and drink. By understanding how people view food safety risks, what they worry about and what they never consider, we can create interventions that are relatable and practical so people can act in their interests and keep safe and healthy.”

The poll findings indicated that the burden of food-related diseases is not spread equally across the world and is highly related to economic development levels, with low-income and middle-income countries disproportionately affected.

Dr Sarah Cumbers, director of evidence and insight, Lloyd’s Register Foundation, said: “The results of the World Risk Poll also reveal that food safety authorities need to consider carefully the channels they use to disseminate crucial information if it is to be effective. They should seek out ways to build trust amongst the people most threatened by unsafe food and water, tailoring their messages and the communication routes to vulnerable people according to the different audiences they are addressing.”