Port of Antwerp-Bruges has released its results for the first half (H1) of the year, with total throughput standing at 147.2m tonnes, an increase of 1.4 per cent. 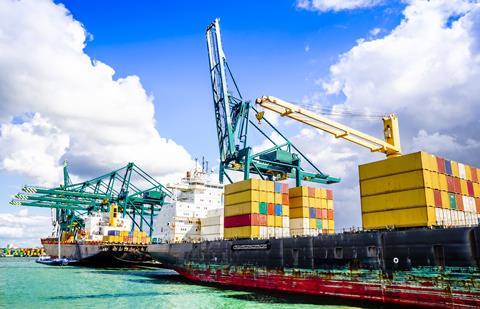 ”Given the current geopolitical and macroeconomic context, this slight growth, despite a decline in the container segment due to ongoing global congestion problems, confirms its strengthened position as a unified port,” it said in a statement.

Container throughput was down 9.8 per cent in tonnes and 6.2 per cent in TEU compared to a strong first half in 2021.

”With globally disrupted container liner shipping, vessel delays and high volumes of import cargo, the container trade continues to face operational challenges,” the port continued. ”Moreover, the throughput of containers related to Russia decreased by 39 per cent due to the conflict in Ukraine.”

Conventional general cargo grew strongly by 22 per cent in the first half of the year compared to the same period in 2021 and recorded the highest throughput volume since 2011. The main reason for this was an increase in imports of steel, although fruit also showed growth.

“Given the current geopolitical and macroeconomic context, this slight growth is definitely a relief,” said Jacques Vandermeiren, CEO Port of Antwerp-Bruges. ”These figures confirm that we are stronger together as a unified port.

”The context continues to pose significant challenges, especially in the container segment. Thanks to the merger, we can now offer two complementary platforms as a unified port, significantly strengthening our position in the international logistics chain and as one of the main gateways to Europe.”