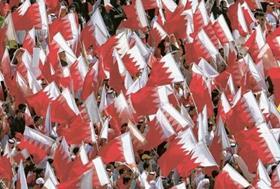 Major protests across the Middle East, particularly in Oman and Bahrain, have caused major disturbances in the fresh produce trade, according to Rizwin Razak of Lulu Hypermarkets in Saudi Arabia.

“We are seeing a lot of produce heading to Saudi Arabia because there are currently no problems on this market,' he told Fruitnet.com. 'And exports of items like potatoes from Saudi Arabia are down because they are being sold on the local market instead of being sent abroad. This has caused prices to fall considerably in the Kingdom.”

The market in Oman has slowed down, he said, while trading has become difficult in Bahrain.

“In Bahrain, we have had to close a few of our hypermarkets due to the problems faced there,” he stated. “Thankfully there have not been many issues in the UAE, so trade has remained stable.”

Despite such difficulties, Lulu Hypermarkets is pushing ahead with its store-opening programme.

The retailer opened a new hypermarket this week in Abu Dhabi, while a second is set to open next week in Riyadh, in Saudi Arabia.

“This will be our second hypermarket in Saudi Arabia and our first in Riyadh,” he said. “Riyadh is a very big city, so this is a huge opportunity for us to boost sales in the Kingdom.”