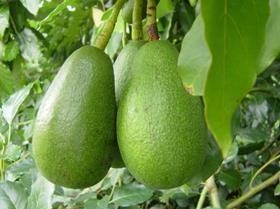 The South African avocado industry is expecting a bumper export crop of 58,000 tonnes this season, with the first shipments arriving in Europe towards the end of March, running through until the end of October.

“Although this will be South Africa’s largest export crop to date, it is not foreseen that the European market will be oversupplied” said Mark Baker, chairman of the South African Avocado Growers’ Association (SAAGA). “Peru will be channelling a greater proportion of its export avocados to the US, due to reduced supply from the Californian avocado industry.'

Reports from California are that its 2014 crop will be around 136,000 tonnes compared to 227,000 tonnes in the previous season. It is expected that Peru, which supplies Europe at the same time as South Africa, will move much of its 2014 growth in production into the US market to exploit the opportunity provided by a reduced Californian crop.

“If one analyses the forecast production of countries which supply the US and Europe during the Northern Hemisphere summer (South Africa, Peru, Brazil, California, Kenya and Mexico), total production will be marginally lower in 2014 (1.88m tonnes compared with 2013 (1.9m tonnes),” commented Derek Donkin, SAAGA’s CEO.

“We are confident that the South African industry will be able to maintain a reliable supply of good quality avocados throughout the European summer to meet growing demand,” concludes Baker.