RSA Valencia exports to the EU suspended for the season 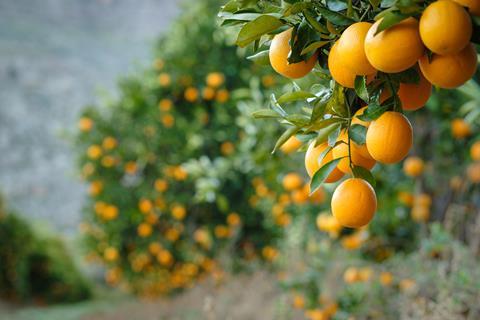 The suspension, effective from 16 September, comes at a time when the CGA has admitted that the events of the season posed a major threat to the sustainability and profitability of the sector.

CGA said in a statement that the decision was taken in response to the ten CBS notifications of non-compliance (NONCs) on South African citrus detected so far this season, as well as the traditional heightened risk that Valencia oranges pose for CBS non-compliance at the tail end of the EU export season.

The market closure will be introduced in stages, with the last day of inspections of Valencias in the northern regions being on the 16 September, while the Gamtoos Valley [Patensie], East Cape Midlands and Sundays River Valley of the Eastern Cape starts on 23 September.

It is important to note that mandarins, grapefruit, lemons and navels from CBS-free areas will not be affected. These areas are located mainly in the western parts of the country.

“While this closure will serve as another blow to growers who have faced one of the most challenging seasons to date, continued access to the EU market over the longer-term must be prioritised,” said the CGA. “This decision also shows South Africa’s phytosanitary CBS Risk Mitigation System being implemented effectively.”

So far 138m (15kg) cartons of fruit have been packed this season for shipments to key markets across the world, the CGA continued. “The latest prediction is that 167.2m cartons will be shipped by the end of the 2022 season, which is 3.3m cartons less than the pre-season prediction.

“While these figures still show steady volume growth when compared to previous years, a number of serious operational and commercial challenges means that the majority of local growers are facing significant earnings losses this year.”

According to the CGA, experienced industry commentators are of the view that less than 20 per cent of citrus growers are likely to achieve above break-even returns at the end of the 2022 season.

“This poses a major threat to the sustainability and profitability of the sector and the 130 000 jobs it sustains as well as the R30bn in export revenue it generates annually.

“The most serious challenge facing growers, which is having the biggest impact on their bottom line, is price hikes across a number of inputs as a result of the Covid-19 pandemic and the Russian invasion of Ukraine,” the statement outlined. ”For example, fertiliser prices increased just over 56 per cent between 2020 and 2021 and fuel prices are up by 53 per cent.

”Of even greater concern is record high freight rates, with shipping lines hiking their prices by 128 per cent between 2020 Q1 and 2022 Q1. This means growers are having to pay virtually twice as much to ship their fruit, then what it cost to produce it over the course of an entire year.”

To guard against further price hikes and ensure price stability in the future, the CGA has been engaging with other fruit sectors on potentially taking control of their shipping, with a feasibility study expected to be completed by the end of September.

At the same time, there has been a decline in real export prices across all varieties which is expected to continue for the next few years.

“This challenge has been further compounded by the recent unjustified and discriminatory false codling moth (FCM) regulations passed by the EU, which will require exporting African countries to implement a drastic mandatory cold treatment for oranges headed to the region,” the CGA said. ”These new regulations recently saw up to 1,350 containers of citrus detained at EU ports for several weeks, which resulted in local growers incurring over R200m in losses.”

The CGA said that the long-term enforcement of the new FCM regulations was a serious threat to the industry, which is why the WTO consultation process recently launched by South Africa’s Department of Trade, Industry and Competition (DTIC) would be critically important.

“The CGA’s position remains that the cold treatment prescribed within the new regulations is contrary to scientific evidence, making it an arbitrary and unnecessarily trade-restrictive measure and accordingly contravenes international requirements for such phytosanitary trade regulations,” the body stated. ”The CGA will make all resources available as required by the DTIC and DALRRD during the upcoming WTO consultation process.”

These factors, along with the current economic constraints in South Africa such as ongoing fiscal pressure, persistent load shedding, high unemployment rates and low levels of consumer and business confidence, meant that growers were under severe pressure.

“As a result, it is not unusual to hear of instances where growers have had no choice but to dump cattle-grade fruit that is not fit for human consumption, as was the case for one farmer in the Eastern Cape recently.”

Where possible, growers continue to donate fruit that is fit for human consumption to communities in need, specifically when such fruit would not generate a viable return when sold fresh or processed into juice.

In this regard, the CGA has also offered assistance to facilitate donations to communities through its Orange Heart Fruit Drive initiative.

“Considering these serious headwinds, it is positive news that South Africa’s ports have been operating fairly smoothly over the past few months with any blockages being addressed speedily by the relevant role players, including Transnet,” CGA said.

”The CGA continues to convene a weekly Logistics Response Committee that identifies risks in the logistics chains and solutions to address the most urgent ones. This includes having ongoing meetings with the senior management at Transnet on the functioning of the ports.

The industry body said it remained committed to working with government and other value chain partners in order to ensure local growers were able to survive over the short-term so that the industry remained a key economic and job contributor in the country.