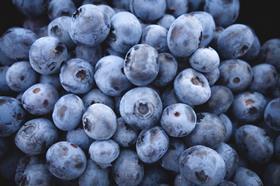 The South African Berry Producer’s Association said exports increased by 53 per cent when compared with the previous season.

A statement quoting Justin Mudge, chairman of the association, said the season reflected another industry export record and continued the industry’s remarkable period of growth.

“South Africa exported 12,282 tonnes of blueberries, which is in an increase of 53.5 per cent compared to the previous season,” he said.

However, he explained that raspberry exporters were experiencing extreme difficulty with exports as a result of limited airfreight.

Raspberries represent only a small part of total berry exports, and the future of the business in South Africa will therefore continue to be determined by what is happening with blueberries.

Mudge said that almost 70 per cent of South Africa’s blueberries are destined for export markets. “Since 2013 this has led to a growth in export revenues from R133m to well over R1bn.”

This growth has led to an equally significant rise in employment opportunities. “Employment in the industry more than quadrupled from about 1,000 jobs in 2014 to more than 5,700 in 2018. This number has since risen to more than 8,000 jobs in the past two years.

“This increase in export numbers is a rare piece of good news in the midst of the national Covid-19 lockdown which is expected to exact a heavy toll on economic growth and jobs,” Mudge continued.

However, it is clear that the bulk of South African blueberries would have been exported well before the real problems of coronavirus reached South Africa.

The country is now in the second week of a national lockdown with the airfreight business seriously affected.

International air travel has been reduced mainly to the evacuation of foreign citizens and repatriating South African citizens.

Mudge maintained that the agricultural sector remained relatively resilient during the pandemic as international trade continued with few limitations on the transportation of goods, especially food.

“In addition, the global demand for blueberries remains strong due to the fruit’s well-known nutritional and immune boosting properties – an increasing priority for healthfulness of conscious consumers around the world.'

He said that the South African berry industry would, however, have to improve on its export figures in the year ahead. “In order to create more South African jobs in the post Covid-19 environment, certain conditions will need to be met.”

Expanding market access is a priority, Mudge noted. “The United Kingdom imported about 46 per cent of South Africa’s blueberries this year, with the rest of Europe accounting for another 46 per cent. Less than 5 per cent of the fruit went to markets in the Far East.”

Expanding access to the eastern markets could create an additional 12,000 jobs in South Africa, which would more or less double projected employment in the industry by 2023.

“Secondly, we need to increase airfreight out of the country, particularly for commodities with a short shelf life,' Mudge added. 'The peak season for blueberry exports, which accounts for almost 90 per cent of all berry exports, will be during October to November.

'A failure to resolve these market access and airfreight issues will negatively impact the berry industry.”