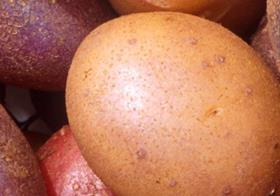 Russia's Federal Veterinary and Phytosanitary Oversight Service (Rosselkhoznadzor) has announced that it is imposing a temporary ban on seed-potato imports from the EU with effect from 1 April this year.

Some 21,000 tonnes of seed potatoes annually are exported by EU member states to Russia.

A statement from Rosselkhoznadzor informed that the ban is being imposed due to a pest risk.

Itsaid: 'Due to the fact that the EC and competent authorities of some EUcountries didn’t provide any guarantees to confirm that seed potatoes were stocked in pest free zones and areas of production.'

However, the organisation confirmed that the temporary restrictions do not concern seed products produced in sterile conditions from meristematic cells.

The biggest supplier of seed potatoes to Europe is the Netherlands, while Germany, Finland, Poland and the UK also ship to Russia.