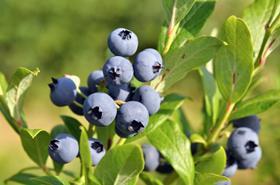 Peruvian blueberry shipments in the 2021/22 campaign are up 59 per cent on the same point last season according to Proarándanos.

Proarándanos said the increase was the result of higher agricultural productivity. Likewise, important regions such as La Libertad and Lambayeque have increased their contribution by 35 per cent and 151 per cent so far, accumulating a combined share of 77 per cent of total blueberry exports.

Regarding the main markets for the current season, the US is in first place with a 55 per cent share. In this market, Peruvian blueberries increased from 34,525 tonnes to 61,090 tonnes, and traded at an average price of US$6.20/kg (FOB).

On the other hand, in the European market (excluding the UK), growth was 32 per cent, with an average price of US$6.50/kg (FOB).

Meanwhile, in China, sales of Peruvian blueberries grew by 86 per cent, at a price of US$7/kg (FOB).

To date, 6.482 tonnes have been shipped to India, a market that has recently opened for this product, thanks to the joint work between the public and private sectors, especially the work carried out by the Peruvian National Agricultural Health Service (Senasa).