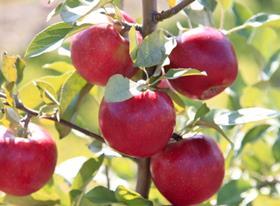 In the US, Snapdragon apples saw sales increase 100 per cent across several large retail chains and doubled overall sales in 2018 when compared with 2017.

The apple was sold coast-to-coast in the US with success in the Midwest and Southeast regions, while it tripled sales in the southeast in 2018.

In addition, Snapdragon increased its consumer reach globally to include exports to Israel, Vietnam and Canadian exports increased to include not only Quebec but central Canada and Vancouver.

The managed variety, which was developed by Dr Susan Brown of Cornell University and released by Crunch Time Apple Growers in 2013, has seen a positive consumer response selling out each season.

In 2018 SnapDragon doubled volume and was able to keep pace with other managed varieties with longer time in the market.

“We had a solid year in a very competitive playing field,” said Rena Montedoro, vice president of sales and marketing states. “Our growers grow amazing apples. Not just good apples. But great apples.”