It will be some time before South African blueberry exporters will be able to count the real cost of this year’s port strike in the country. 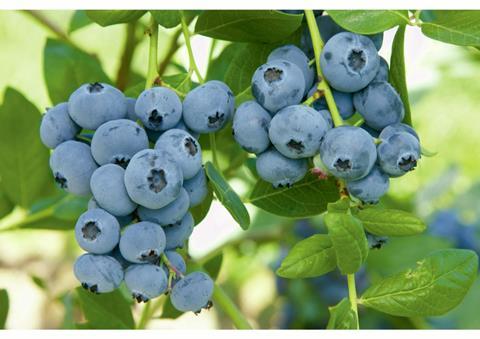 Fruit that had been delayed in Cape Town because of the strike and the subsequent distribution of shipping schedules are still being managed through the UK and European markets.

“We are managing this through the relationships with customers in order to place and sell the fruit as quickly as possible,” said Brent Welsh, chief executive at BerriesZA.

”While this is a difficult season for us, it is entirely due to the problems created by the strike,” he continued. “We are sure the blueberry business is strong and will continue on its path of growth, as long as the port authority does not let us down.”

The September strike could not have come at a worse time for the South African blueberry export business.

The industry had been experiencing a late season with the peak supply season moving one month later, meaning that the bulk sales months would be November and December – in direct competition with fruit fro other supplying nations.

During the strike, fruit had to be stored in South Africa and vital sales weeks were lost.

Over the course of the past months the situation at the port has slowly returned to normal and shipping schedules have moved back in line with the pre-strike period.

Early stonefruit exporters have also reported that shipping schedules have been normalised, which is also vital for grape growers now sending their fruit to pre-Christmas markets.

BerriesZA chairperson Justin Mudge had previously warned of the strikes and the severe impact of ongoing operational issues at the country’s ports because of aging and out-of-service infrastructure, inefficient systems, and staff shortages.

“Delayed shipments, because of the poor port performance, has affected the quality of berries that reach international markets, resulting in product rejection rates from receiving clients skyrocketing to an unprecedented quarter of a billion rand last year.”

He said the problem was compounded by a surge in input costs faced by farmers including a hike in fertiliser and fuel prices as well as soaring freight rates.

“As a result, more than a third of local berry producers are currently not profitable,” Mudge had noted.