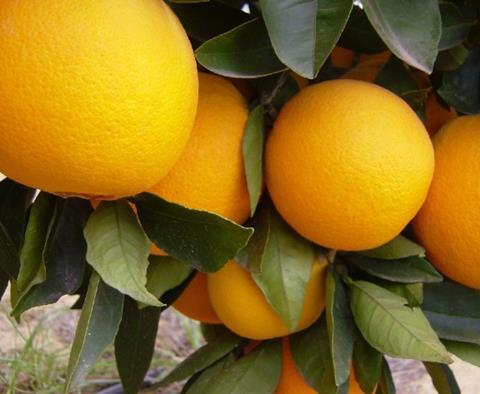 While recent developments in the South Africa-EU row over citrus imports suggested a rethink on the matter, reports have indicated that containers with South African citrus are being detained on arrival in European ports.

This is despite an agreement this week between South African president Cyril Ramaphosa and EU council president Charles Michel that the matter should be reviewed.

New EU regulations on importation of South African oranges were announced last month and came into effect this week.

They require tough new cold treatment regimes and the issuing of new phytosanitary certificates for all consignments of South African oranges entering the European Union after 14 July 2022.

The matter of implementation of the new regulations was one of the prominent items on the agenda when Ramaphosa met Michel in Pretoria to discuss further initiatives in trade, peace and security.

They agreed that further discussions would be held at ministerial level to work out a solution that will allow for sustained trade in the citrus sub-sector.

Despite this, South Africa’s Citrus Growers Association (CGA) has confirmed reports of containers being detained on arrival in European ports.

“The CGA can confirm that it has received reports of containers being detained on arrival – in some cases not only oranges, but other citrus containers as well,” said CGA CEO Justin Chadwick.

The EU previously announced that the regulations only applied to the orange category and not to lemons, grapefruit or soft citrus.

The South Africans are clearly annoyed at the latest developments and the chaotic way in which the new regulations have been implemented.

“This is why World Trade Organisation (WTO) law specifically requires a six-month process in the implementation of a new measure,” said Chadwick.

The CGA wrote to Ramaphosa last week regarding the impact of the ”drastic, misinformed, and unjustified new regulations requiring the cold treatment for oranges headed to the European Union (EU)”.

“This includes the fact that an estimated 3.2m cartons of citrus valued at R605m (€38.4m) currently en-route to the region could potentially be destroyed by authorities, considering the new regulations being enforced from this week,” the CGA stated. ”This new legislation will have a devastating impact on the local citrus industry, in particular the 140 000 jobs it sustains.

“The CGA remains hopeful that President Ramaphosa’s recent engagement with EU Council President Charles Michel will lead to the new regulations being abandoned or at the very least delayed, until they can be properly reviewed.”

Chadwick noted that the CGA would continue engaging with the president, minister of agriculture and Department of Trade, Industry and Competition on the matter.

His reference to WTO law stipulating that a six-month implementation on new measures must be followed is the strongest indication that, should the diplomatic endeavours fail, the matter could be escalated further.