Spain has a taste for Moroccan watermelons 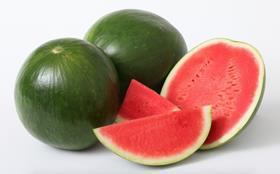 Spanish imports of Morocco-grown watermelons increased 3 per cent in volume and 27.5 per cent in value through the opening four months of the year.

This was largely attributed to competition from Morocco as well as the adverse weather in Europe during the months of May and June that affected consumption.

Watermelon joins other products, such as tomatoes, as being the most affected by the increase in Moroccan produce on the Spanish market, with volumes continuing to grow.

Between January and April, overall Spanish imports of fruit and vegetables from Morocco increased by 2 per cent in volume and 4 per cent in value compared to the same four-month period of 2020, totaling 220,771 tonnes and €423m.

'And this problem extends to the community market, where the Spanish fruit and vegetable sector sends 94 per cent of its exports,' Fepex highlighted. 'Fepex considers that the European Commission should apply the measures provided for in the EU-Morocco Association Agreement, to alleviate the damage to producers.'