Spanish citrus homes in on India 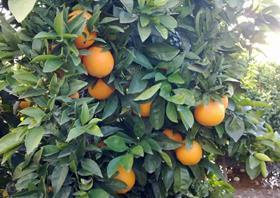 A group of Spanish companies are trialling a new cold treatment process for citrus bound for the Indian market in a bid to make it more accessible to exporters.

According to Spain ABC de Sevilla has been sending small quantities of citrus to India since 2015. The fruit is required to undergo cold treatment prior to shipment for between 10 and 12 days at between 0oC and 1.2oC, after which it must then endure up to 30 days in transit before reaching its final destination.

Under the new method being trialled, the fruit will be subjected to cold treatment during transit for up to 20 days, and at a slightly higher temperature (up to 3oC).

Earlier this month, several containers of oranges were shipped from the port of Castellón to Mumbai in a pilot organised by the Citrus Management Committee (CGC) and backed by the Valencian Ministry of Agriculture.

If successful, and the protocol is amended, this could open up a distant, but promising market and help reduce Spain’s dependence on EU markets, CGC said.

Although still limited, Indian imports of citrus have been growing steadily, reaching almost 80,000 tonnes in 2019.

But Spain faces strong competition from Egypt and South Africa, currently the main suppliers to the Indian market, who have significantly lower transport costs due their proximity to the market.

CGC believes Spain’s reputation as a high-quality supplier could allow it to carve out a successful niche in the market.