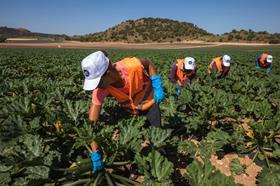 “These price rises…are due to the change in habits: we are not a country that consumes vegetables, we like bars, but when we are forced to lock ourselves in our homes, people are cooking and eating more in their home increasing the consumption of vegetables,” López told El Español.