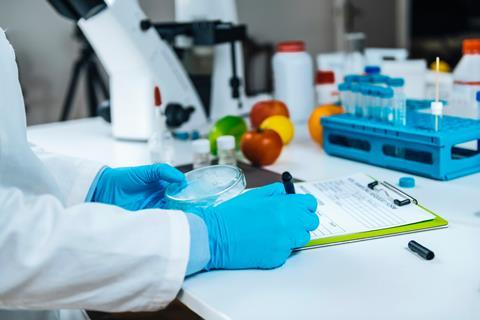 Freshfel Europe has called for the ”meticulous implementation” of the World Trade Organization (WTO) SPS and Trade Facilitation agreements principles.

During a meeting in Geneva of a thematic session of the WTO SPS Committee, Freshfel questioned the numerous ongoing SPS barriers faced by European fresh produce exports for market access due to difficulties and burdens in negotiating the opening of new markets.

”Too many third countries ignore the basics of the WTO SPS and TFA rules and set out unrealistic requirements, which, combined with a lack of international IPPC standards, prevents trade development,” Freshfel stated.

In a thematic session on International Standards and Best Practices in Pest Risk Identification, Assessment, and Management prompted by the European Commission, Freshfel Europe’s general delegate Philippe Binard underlined the commitment of the European fruit and vegetable sector to safe trade as a prerequisite for sound and sustainable production.

However, Freshfel warned that the current principles of the WTO SPS and Trade Facilitation agreements failed to deliver concrete results.

”This situation generates an unlevelled playing field between WTO members depending on whether they have open or closed SPS market access systems,” Freshfel outlined. ”Closed systems, in many Asian and American countries, significantly limit trade opportunities due to the lengthy, costly, and not always successful negotiation of export protocols.”

As a result, EU exports to third countries are well below their real potential, the association said. They currently stand at 7.1m tonnes worth €8.6 bn to 145 countries, though EU exports are primarily destined for neighbourhood countries operating under the so-called ‘open’ systems.

“The WTO SPS rules aim to balance the right level of protection for sound plants and plant products without unnecessary trade barriers, while the use of international standards should be fostered,” said Binard.

“The key principles enshrined in those international agreements are far from being the reality, as international SPS agreements stipulate that market access measures should be science- and risk-based, justifiable as well as non-discriminatory, non-trade distortive and feasible, cost-effective and agreed in a timely manner,” he outlined.

According to Freshfel Europe, the experience of its members is quite different, with too many challenges still needing to be overcome to obtain market access.

”The negotiation process is costly and time- and human resources-consuming, as it requires Member State-by-Member State and product-by-product negotiations, and occasionally, even variety by variety,” the association pointed out. ”Protocol negotiations also often disregard common EU-wide SPS rules and set priority-based systems to handle requests due to a lack of human resources capacity to analyse and negotiate the dossiers.

”Once completed, the protocols’ implementation also restricts business due to the costs related to pre-clearance and inspector’s visits for orchards and facilities registration, segregation of logistics and other management and operational challenges to comply with a proliferation of requirements.”

The EU fresh produce sector is one of the most affected by geopolitical turmoil and resulting embargoes, and exporters therefore need to reorient their export destinations.

Nowadays, opening a market is an uncertain process, generally leading to limited trade volumes, despite the auspices of WTO and IPPC rules, the association said.

”Market access rules appear to be designed to limit trade for protectionist and not SPS reasons,” Binard continued. ”Protocols often spell out requirements that are inflexible, costly and/or hard to implement, requiring far-in-advance planning and facilities registration, which fail to provide the necessary flexibility to adapt to emerging trade opportunities or changing market demand.”

Freshfel Europe proposed to the WTO members and WTO and IPPC secretariat several short- and longer-term actions to address this situation.

The association said that there was “no need to reinvent the wheel”, claiming that the proper implementation of the spirit and the letter of the SPS agreement and the best use of the IPPC would significantly improve the market access process.

Freshfel Europe called on WTO members for better compliance with those principles, as well as a simplification of the negotiation process and further use of digitalisation.

“It would also be necessary to determine specific timelines for procedures to approve export authorisations,” said Binard. ”Negotiations lasting years, even more than a decade, are irrational and the best evidence that the system is biased.”

In the long term, Freshfel said that a series of science-based international standards should be set up by IPPC for the most common pests to facilitate the negotiation process.

“95 per cent of consumers are outside the EU, and while domestic and intra-EU trade are prioritised, export opportunities should not be disregarded for market balance but also as EU fresh produce has much to offer on the global markets with the right mix of high-quality fresh produce varieties based on very sustainable production and trading system,” Binard added.