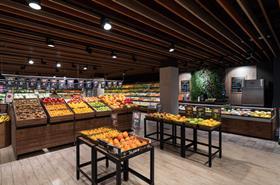 Freshfel has called for greater support for Europe's fresh produce industry following the introduction of an embargo by Belarus on 1 January.

According to Freshfel, the embargo could potentially affect EU fruit and vegetable exports for longer than six months.

The association expressed its 'deep concern' about the difficulty faced by the sector as a result of geopolitical disputes.

It called for collaboration and urged policy makers to support all operators directly and indirectly affected by the embargo through intensified monitoring, direct market assistance and promotional activities, as well as renewed efforts to open to new markets.

Geopolitical embargoes since 2014 had resulted in an annual impact of close to €3bn on European fresh produce, Freshfel said, pointing to the Russian embargo, the Algerian market closure and retaliation measures by the US on other trade disputes.

“About 400,000 to 500,000 tonnes of produce are exported to Belarus yearly,' said Philippe Binard, general delegate of Freshfel Europe. 'The volume at stake, which is worth €250m, is particularly significant. Poland is most affected, covering more than 60 per cent of EU export with an annual export of 300,000 tonnes.”

“Excluding exports to the UK, Belarus is the second destination for EU fresh produce and represent more than 10 per cent of EU exports,' Binard continued. 'This limitation could have a significant impact on the EU market, create a boomerang effect on several markets, with some significant prices variation for certain varieties.”

As well as directly challenging fruit and vegetable trade between the EU and Belarus and indirect consequences on the EU market, the embargo will also have collateral consequences, such as custom delays at the border for EU re-exports of products from third countries, uncertainties about transit through Belarus, and the delay of the Belarusian exit for products such as the wood supplies necessary for packaging in the EU.

Freshfel also noted that the EU was not banning fresh produce from Russia and Belarus.

Restoring market access with Belarus is further complicated by the fact that it is not a WTO member and has no bilateral agreement with the EU.

The embargo is currently set for six months, although it is presumed to stay in place for longer due to its ties with the Russian embargo, from which the sector is still suffering the consequences.

European fruit and vegetables represent a third of the value of the €7.5bn Russian embargo, with 2.2m tonnes affected.

“The cumulative embargos on the fruit and vegetables are targeting legitimate business worth annually now close to €3bn of turnover that need to be repositioned,' Binard explained. 'Considering that fruit production is based on long term investments in the orchards and the need to specifically adapt varieties to market specifications of the new destinations, having to reposition exports to new markets is challenging for the sector.”

Freshfel said that it was, along with its members, proactively addressing market diversification, SPS market access procedures, as well as current logistics constraints to overseas markets.

Binard said that alternative opportunities should primarily be looked at in neighbouring markets such as Turkey, described as 'a huge market with consumers following a Mediterranean diet'.

“Given that asymmetric trade arrangements with high customs duties and complex custom procedure are still in place for export to Turkey, EU exports are limited to 10,000 tonnes while Turkey ships around 900,000 tonnes of fruit and vegetables to the EU annually,” Binard highlighted.

Freshfel said that while considering other new opportunities in South-East Asia and Africa, European allies in these geopolitical disputes should also 'demonstrate their solidarity' and finally consider opening their markets to EU fresh produce.

This should start with the US and the joint apple and pear protocols that have been blocked for several years, or Japan, ending its lengthy procedure to finalise protocols with the least distortive market access conditions for kiwifruit or pears, among other products.

'Freshfel Europe expresses its deep concerns about the difficulties faced by the sector, which is essential and price-sensitive,' the association stated. 'Freshfel Europe calls for intensified assistance from policy makers to help the sector and all stakeholders directly or indirectly affected adjust to these increasing market restrictions.

'Freshfel Europe is expecting measures to be introduced to actively assist the market stability, in particular for apples. An extended withdrawal scheme for POs and individual growers should be considered, with free distribution to schools (without undermining existing business channels), charity, and other people in need, in order to address the short-term implications of the ban.

'Additional resources for promotional activities concerning the fruit and vegetable sector funded by the EU’s exceptional crisis budget would be an asset to sustain consumption in the EU, alongside renewed efforts to open to new markets, in particular in the EU neighbourhood (e.g. Turkey, the Balkans, North Africa), but also in Asia, Africa, or the Americas,' the association concluded Freshfel Europe will continue monitoring the developments of the Belarus embargo, as well as other trade restrictions that the sector faces.'