Tanzanian avocados cause a stir 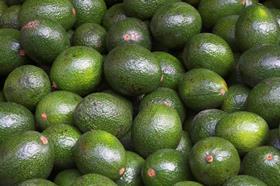 Much media attention has been given to the confiscation of a consignment of Tanzanian avocados at the Beit Bridge Border post between South Africa and Zimbabwe.

The fruit was seized and destroyed by officials from South Africa’s Department of Agriculture, Land Reform and Rural Development (DALRRD), reportedly because no phytosanitary documents accompanied the consignment.

The chairman of the South African Avocado Growers’ Association (SAAGA) Clive Garrett, said the protocol for the importation of Tanzanian avocados into South Africa had not yet been finalised.

“It is absolutely important that we protect our local industry and we have consistently supported the development and implementation of these protocols between South Africa and Tanzania,' he outlined.

The incident is receiving much attention because the Tanzanian exporter claimed, according to South Africa's Sunday papers, that the fruit was sourced from small farmers in Tanzania who are suffering because of the effect of Covid-19 on their industry.

On the other hand there is an out-of-season shortage of avocados in South African during the period from December to January when the Tanzanians can supply their fruit.

Tanzanian growers produce their fruit in the South African off-season – when prices in the local market are extremely high. During this period the local trade normally imports fruit to supplement the local supply.

It appears from a media statement by SAAGA, written by Derek Donkin, CEO of Subtrop, that the issue of establishing protocols has been up in the air for some time.

The final step would have been a verification visit by DALRRD officials to Tanzania, but this could not take place due to Covid-19.

In December it was recommended by the South African side that DALRRD finalised the protocol for the imports of Tanzanian avocados without a physical verification visit.

To their credit the South Africans clearly stated that there was an out-of-season shortage of avocados during these times and that importing avocados from Tanzania would be beneficial.

This goes against claims that the South Africans are only protecting their own industry, with no regard to near neighbours to the north.

SAAGA pointed out that South Africa and Tanzania are both members of the World Trade Organisation (WTO) and International Plant Protection Convention (IPPC) and therefore officially engage on phytosanitary issues/risks with trade partners according the rights and obligations of the WTO SPS Agreement and the IPPC.

Garrett noted that Subtrop had supported the proposal as hard, green avocado fruit, which do not have False Codling Moth (FCM) or other damage constitute a low phytosanitary risk regarding Bactrocera dorsalis, which is the main phytosanitary pest of concern.

“It should be noted that phytosanitary measures are necessary to mitigate the risk of importing avocado fruit which is not hard, green, and free of FCM or other damage,' he said. 'It also is important to note that B. dorsalis is not present to all regions of South Africa.”

It seems as if the Tanzanians moved prematurely – hence a fairly large consignment of avocados from the country ending up on the dump at Beit Bridge on the great Limpopo River.

Meanwhile, the South African early harvest has started with new season fruit already appearing in stores. It is therefore perhaps likely that Tanzanian imports in the South African off-season may only become a reality from the next harvest.