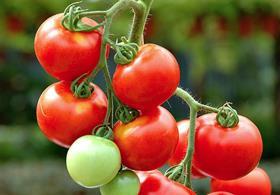 Trials of a new technology to prolong the shelf-life of fresh produce have proved successful, according to researchers at the University of the West of England (UWE Bristol).

A study in which produce was sprayed with an electrically charged solution to kill surface bacteria succeeded in boosting shelf-life by a whole day without altering the taste or appearance of the product.

Darren Reynolds, UWE Bristol’s professor of health and environment, said the technology could become commercially available within the year and could be an important tool to reduce waste and save money.

“If you really want to change the world, one of the things you could do is extend the shelf life of a cherry tomato by one day,” he said. “That sounds like a dismissive thing to say but it would allow producers to be more strategic in the way they crop and give them more time to distribute food before it goes off or gets spoiled. Such small things can actually make a huge difference in the whole food supply chain.”

According to Reynolds, the technology could also be used to address other issues, including potato blight, which is a problem in areas of Canada. “For some types of produce, we could make a significant impact,” he said.