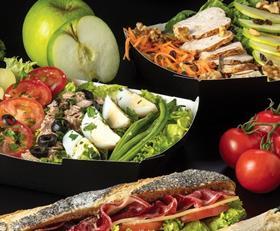 US-based Uber Technologies is planning to enter at least 22 more countries as it continues its investments in takeaway meal deliveries and expands beyond its principal taxi business, Reuters has reported.

The firm, which has until now been present in six countries, launched its UberEats service in Amsterdam this week, with services also launching in Dubai, Johannesburg and select parts of Tokyo.

In the coming months, launches are due in Brussels, Stockholm, Hong Kong, Taipei, Jakarta and Bangkok. The service launched in the UK in June of this year.

According to current job listings on Uber and other recruitment sites, UberEats is currently advertising 150 roles, from general managers to sales staff and delivery couriers.

'There's a lot of momentum in the organisation behind UberEats,” said Simon Rossi, ‎general manager at UberEats Asia Pacific. “We definitely are investing in this space.”

Jambu Palaniappan, head of UberEats for Europe, Middle East and Africa, expressed his confidence that UberEats would be able to expand in cities in which it already operates its transport business.

This drive from UberEats, as well as from other big names like Amazon, is putting pressure on the smaller players in the business.

Investors have reportedly pumped close to US$10bn (€8.9bn) into 421 food delivery deals since 2014, but funding dropped by over half in the first six months of 2016, according to research by CBInsights.

Unlike most delivery services, UberEats stipulates no minimum order size and charges no extra delivery fees, while being able to promote its service through its existing car hire app.