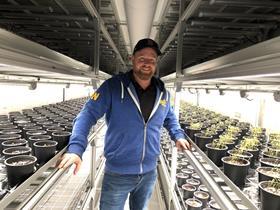 The term ‘greenwashing’ dates back to a 1986 essay by New York environmentalist Jay Westervelt. He argued that the hotel industry’s practice of placing placards in rooms encouraging guests to reuse towels was disingenuous. Although guests were being asked to “save the environment”, Westervelt noted that in most cases the hotels were making little or no effort to reduce their energy use. Their token gestures to appear environmentally conscious were in fact aimed at improving their image and boosting profits.

Greenwashing, which can be defined as the practice of making an unsubstantiated or misleading claim about something’s environmental benefits, is unfortunately a word that can be attributed to some of the sustainability-focused ‘innovations’ that have proliferated in the fresh produce sector of late. As suppliers scramble to stay relevant to increasingly environmental consumers, companies’ focus on sustainability can often seem like more of a marketing tool than anything else, and one technology that arguably falls into this category is vertical farming.

While its environmental credentials are beyond doubt – it cuts food miles, reduces energy use, lessens the strain on our soils and requires no pesticides – many believe its potential impact has been overstated. Is vertical farming really the future of horticulture, or rather an exciting but expensive production method for high-end produce in niche markets?

One man that believes the latter is Oliver Arnold of GND Solutions, whose Berlin company sells turnkey ‘plug ‘n’ grow’ containers for indoor production. “We’re not going to feed the world with vertical farms,” he says bluntly. “Greenhouse production is so much cheaper and the guys in Holland are so good at it. Whereas a small indoor farm costs thousands of euros, a greenhouse can be set up for less than €100. Of course, everything gets a bit cheaper if you sell it in higher volumes but how many billions of LEDs do you need to install for the cost to fall to the same level?”

This is not to say that vertical farming can’t be big business, of course – and Arnold certainly believes it has its place in the fresh produce sector. Companies like AeroFarms and Bowery in the US and JFC in the UK are big operations with significant financial backing, but it should not be forgotten that a) they are mostly only growing herbs, microgreens and lettuce; b) their produce comes at a premium; and c) it is mostly grown for high-end restaurants and retailers.

Proponents of hydroponic indoor production would argue it’s only a matter of time before the cost of installing and running a vertical farm comes down and the production method can be used to grow larger wholehead produce, however costs will need to fall dramatically before the sums add up.

Arnold is of the view that the miniature vertical farms installed by fellow Berlin company Infarm in supermarkets and restaurants across Europe are a marketing tool first and foremost. “When retailers like Edeka and Metro invest in something like Infarm, they’re not really interested in selling the herbs; they’re interested in attracting customers to the store who will then buy other products,” he says. “It’s a marketing tool – it creates a relationship between the consumer and their food.”

Nevertheless, Arnold sees big potential for indoor production in certain markets where cost is less of a priority than reliable year-round production. Northern Europe (due to its lack of light), Russia (due to the EU embargo) and Japan (due to food safety concerns since Fukushima) could all be lucrative markets for vertical growers, the German believes. But he is rightly sceptical of whether supermarkets will start stocking vertically grown vegetables unless they can compete with conventionally grown on price.

Despite this, Bernard Courtney of LED lighting specialist Signify (formerly Philips Lighting) insists that vertical farming is “the future”. “It is far more sustainable – particularly in city environments – and you have far greater control over your crop yield and quality,” he says. “The next five to ten years will see a further rise in the popularity of this section of horticulture. And as the technology supporting it continues to improve, vertical farming will become more diverse and sophisticated.”

According to Courtney, there is a group of greenhouse growers switching to indoor and vertical production in a bid to gain greater control over the growing process. “This trend will continue to drive demand for lighting control systems and puts a much greater emphasis on LED lighting,” he says.

In addition, a number of UK growers have begun using LEDs in their greenhouses, allowing themselves to alter the colour, intensity and duration of their lighting, and thus improve yields and crop quality. Wight Salads, Sterling Suffolk and Flavourfresh Salads have already made the switch, prompting reports of a pink glow on the horizon in Merseyside from the Flavourfresh facility near Liverpool.

The biggest business opportunities in indoor production are not in fruit and veg however – the real money’s in pharmaceutical marijuana, and this is an area GND has just moved into. The global market for legal cannabis is set to be worth $66.3 billion by 2025, according to a report by Grand View Research, with compound annual growth of almost 25 per cent forecast. This is based on the increasing legalisation and use of cannabis, both medically and recreationally.

Although the drug remains illegal for recreational use in the UK, Britain has a thriving legal cannabis market, and thanks to Home Office permissions, and a few legal loopholes, hundreds of millions of pounds in revenue are generated each year. Last year, a UN report revealed that Britain had become the biggest producer and exporter of legal cannabis in the world, and in recent years and months production facilities have been announced in Norfolk, Wiltshire and Scotland. Britain’s biggest marijuana farm, run by GW Pharmaceuticals, opened in Sittingbourne back in 1998.

The same company began cannabis production at the Cornerways Nursery tomato glasshouse back in 2017, and the switch from tomatoes to pharmaceuticals could be a sign of things to come if more UK glasshouse growers decide to shift to products with a higher margin.