British strawberries sweet and plentiful as season gets underway 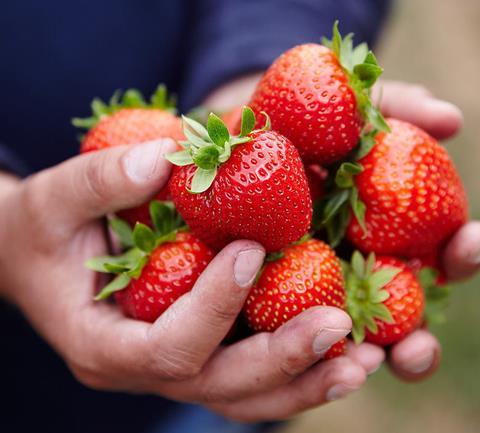 The British strawberry season has arrived early with this year’s crop set to be sweeter than last year’s.

British strawberries will be filling supermarket shelves in mid-May compared to June last year, and consumers have this spring’s bright weather to thank for the sweeter berries. The UK bathed in approximately 166 hours of sunshine in April, seven per cent above average for the month.

“We have enjoyed bright days this spring, coupled with cool nights, which allows strawberry plants to rest well and put their energy gained during the day into producing high natural sugars overnight,” he said.

“This process makes the berries sweeter and is one of the main reasons for such good-tasting fruit.”

This year, Brits will also enjoy British strawberries sooner than last, with 50 per cent more strawberries available next week compared to the same period in 2021 – when the season was delayed by cold weather.

The favourable weather is well timed with the Queen’s Platinum Jubilee Bank Holiday forecast to be the biggest buying occasion of British strawberries this year. Over 5,000 tonnes are expected to be purchased that week, according to research from British Growers – equivalent in weight to around 378,000 Corgis.

Chairman of British Summer Fruits, Nick Marston, said: “It looks to be another fantastic year for British strawberries. However, rising energy and labour costs are presenting real challenges for UK berry growers.

“Despite these challenges, British strawberries remain a true success story. The UK is totally self-sufficient in strawberries for the entire summer season which now runs from May to October as farms continue to advance growing techniques, such as large-scale glasshouse production for season extension. This allows us to offer shoppers locally grown fresh berries for longer.”

As a combined category, berries (including strawberries, raspberries, blueberries, and blackberries) are the most popular fruit in British shopping baskets with a fruit category market share of 27 per cent according to Kantar data for the 52 weeks ending 17 April 2022.

The strawberry industry is now worth over £769 million to the British economy and in 2021 UK consumers bought over 87,000 tonnes of British strawberries according to research from British Growers.

To mark the start of the strawberry season, Love Fesh Berries added more recipes to its website, which now includes over 90 meal ideas, designed to encourage consumers to use soft fruit in a variety of ways.