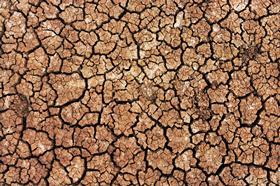 The effects of 2°Cclimate change could increase UK agricultural incomes, although overall European income will likely decrease, according to a new report.

A major study from the European Environment Agency concluded that longer growing seasons brought on by climate change in Europe will be negated by greater levels of stress on crops, compounded by greater food demand.

Based on reviews of scientific literature, policy documents and case studies, the EEA found that severe weather events such as droughts could cut overall European agriculture income by up to 16 per cent by 2050, with large regional variations.

The report comes after one of the wettest summers for the UK on record caused havoc for some British growers, especially in Lincolnshire which suffered a month’s worth of rain in one day in July.

The report did suggest however, that the effect ofCO2fertilisation may improve some countries’ horticultural prospects, tipping Cyprus, the Netherlands, Poland and the UK to potentially see a rise in agricultural income.

“Under the 2°C increase in global temperature, a 5 per cent increase in total agricultural income is projected at EU level by 2050; however, this increase is mostly related to the assumed CO2fertilisation effect, the effects of which are very uncertain.

“The increase in global production and the reduction in producer prices obtained by farmers as a result of CO2fertilisation may decrease total EU agricultural income by up to 16 per cent by 2050.

“Looking at the distribution of the effects across space, an increase in income is experienced only by Cyprus, the Netherlands, Poland and the United Kingdom could marginally rise, as a result of both farmers' abandoning the activity in specific areas and structural changes.”

Soil erosion as a result of increased heavy rain and flood is listed in the report as one major setback from increased climate volatility.

“It’s vital as a matter of urgency that farmers get help to both adapt to climate change and reduce farming emissions, as they are at the front line and seeing impacts already.

“Resilience is key and soil health must be at the heart of that - soils hold three times more carbon than the atmosphere and are vital for drought and flood protection. We therefore welcome the EEA’s call for governments to back crop diversity, cover crops,agroforestryand organic farming, all measures proven to protect and restore soils.

“It is time to join the dots between climate mitigation and adaptation and the biodiversity and diet crises with a ten year UK transition plan to agroecology, as recommended by theRSA Commission on the Future of Food, Farming and the Countryside.”

A spokesperson for the Department for Environment, Food and Rural Affairs (Defra) said: “We are taking robust action to improve resilience to climate change across the whole country. Our agriculture bill will provide financial assistance for farmers to [reduce emissions] and adapt to climate change.

“We will also offer financial assistance for farmers, foresters and growers to invest in the equipment, technology and infrastructure needed to increase sustainable productivity and improve the environment.”