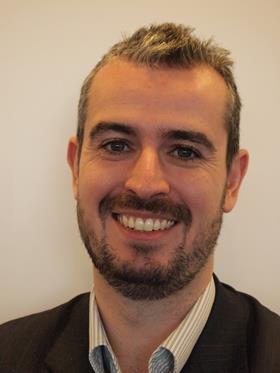 Growth in the Eurozone in the first three quarters of 2014 faded away in Q4, and with it, confidence that the economy was on a path to sustainable growth.

With concerns over falling consumer prices (the Consumer Price Index – CPI – is currently -0.2 per cent), high unemployment, high government debt and unresolved structural issues between member states, most economists have recently cut their forecast for 2015 and are now predicting GDP growth of between 0.8 per cent to 1.1 per cent.

The European Central Bank (ECB) has implemented a new monetary policy strategy (Quantitative Easing, or QE) to attempt to stimulate growth by purchasing €60 billion in asset-backed securities every month until September 2016. The total QE package could be as much as €1.1 trillion and, it is hoped, that this injection of money into the Eurozone economy will encourage banks to lend more money to businesses and to private consumers. This will, in turn, increase spending and therefore encourage growth.

There is limited evidence to suggest QE will work, but the ECB has no other option, but to try. It cannot lower interest rates much further (they are already at 0.05 per cent) and the emerging risk of a deflationary spiral, if it were to take hold, could be severe.

On the back of a poor economic data and the announcement of the ECB’s QE programme, the value of the € has fallen, particularly against the GB£ and US$. This will have two effects. First, a weak € will temporarily boost the competitiveness of Eurozone exports and will therefore encourage growth. Good news for countries such as Holland, France, Italy and Spain, and other EU export sources.

Secondly, it will also mean imports into the Eurozone will become relatively more expensive and could dampen demand. This could as an example, affect fruit and vegetable imports from the likes of Brazil, Argentina, the US, Chile, South Africa, Kenya, Thailand, New Zealand and others outside the Eurozone.

Maintaining unity within the currency union has always been difficult, given the mix of stronger and weaker member states.

Greece has not reduced its debt burden (164 per cent of GDP) and unemployment is still very high at 25.2 per cent of the workforce. Greece’s problems led to the decision, by voters, to elect the left-wing party, Syriza, whose manifesto is to reject the anti-austerity measures imposed by Europe on Greece and re-negotiate its debt terms.It is doubtful that this would be possible, and if Syriza pursues this economic policy, it would set Greece on a crash course with Europe, resurrecting concerns that it may end up exiting the Eurozone after all.

Spain has similar problems; government debt is high (103.7 per cent of GDP), as is unemployment (23.8 per cent of the workforce). However, economists tend to be more bullish about the prospect of a private sector-led recovery leading to economic growth of 2.0 per cent in 2015. Italy is the largest of the Eurozone economies to continue to be troubled by high government debt, high unemployment and little or no prospect of growth in 2015.

Germany continues to be the strongest Eurozone economy, with robust GDP growth led by private sector consumption, low unemployment and manageable government debt. The outlook for France is that private sector consumption will lead to growth of around 1 per cent (on a par with the Eurozone as a whole); however, it still must deal with high unemployment and government debt.

The strong recovery in Ireland is expected to continue into 2015 with GDP growth of 3.2 per cent. Much will depend on export performance, but a sustainable recovery is underway in the UK and US – two of Ireland’s major trading partners, giving cause for optimism.

Europe is the UK’s largest trading partner; therefore, the performance of the Eurozone has implications for the UK economy. In its December 2014 report, the Office for Budget Responsibility (OBR) forecast that UK GDP will grow by 2.4 per cent in 2015 (year-on-year).Growth of this magnitude sets the UK on a path to sustainable recovery. But growth is far from guaranteed and Europe remains one of the key risks to the strength of the UK’s recovery.

Neighbouring Russia is a major risk to the Eurozone. Falling oil prices, sanctions on EU and US imports and the rapid depreciation in the value of the rouble have worsened the economic outlook, and the Russian Central Bank is now predicting a fall in output of -4.5 per cent in 2015 if oil prices remain at, or around, the US$60 a barrel level.If Russia does enter a deep recession, the consequences would be felt, not just in the Eurozone, but across the entire global economy.

We anticipate the improvement on household budgets, caused by falling fuel, energy and food bills, to have a positive effect on food expenditure. This includes fresh produce. However, this effect is only likely to be moderate, as it will be constrained by the low growth felt across the Eurozone as a whole. Therefore, in aggregate, we expect to see a slight improvement on food expenditure in 2015.

We largely expect many current behaviours will continue to play out; for example:

• Growth at the discount end of the retail market. We expect the appeal of the discount retail chains will continue to build in 2015, particularly for fresh produce.

• Growth at the premium end of the retail market. We expect consumers to continue to be motivated to purchase affordable indulgences. While this is more likely to benefit categories such as prepared meals, it should also benefit added-value products

• Price sensitivity. Consumers have undoubtedly become more sensitive to food prices. This will disadvantage international suppliers, such as Chile, South Africa, NZ, the US, Brazil, Thailand and New Zealand, because of the weakness of the €

• Consistent volume purchases. Population growth is very slow and consumption patterns established, so total food consumption, in volume terms, within the Eurozone is unlikely to change significantly. Unlike in other parts of the word (such as Asia), consumption is not driven by rising affluence

Nevertheless, we do expect some behaviours will change or emerge, for example:

• Everyday low prices. Consumers increasingly perceive volume driven promotions as leading to unnecessary waste, especially in fresh fruit and vegetable categories, and therefore poor value for money. There is a growing trend towards consistently low prices, particularly because this is the policy of the increasingly influential discount chains

The Eurozone is not without its difficulties and the outlook for 2015 suggests growth will be modest at best.However, despite the less than optimistic short-term economic outlook, the Eurozone still holds major attraction. It is the largest trading bloc in the world and is home to 335 million consumers, with an average GDP per capita of US$ 32,152 (PPP terms). It is also home to many world-class retail customers and has an efficient and well-functioning infrastructure.

It has always been the case that some countries within the Eurozone are better opportunities than others. This is more likely to be the case now, than ever before, and we would recommend a strategy for horticultural growers and exporters that targets specific countries, rather than the region as a whole.

Matt Incles is a senior consultant with Promar International, the value chain consulting arm of Genus plc, and a specialist in international food markets. He can be contacted at the following email address: matt.incles@genusplc.com.