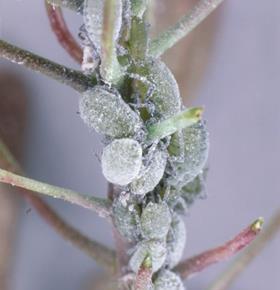 Arable farmers in the north east of England are investigating how farmers can better harness the power of flowers to fight pests, by attracting predatory insects.

The six farmers hope to unlock more knowledge about how to attract and support the right insect populations, when and where they are most needed, by looking at the impact of flower establishment techniques, flower species mixes, and distribution of flowering features on farm.

The growers, who operate both conventional and organic systems, are part of an AHDB-sponsored Innovative Farmers field lab, supported by the Soil Association and researchers from AHDB, Newcastle University, ADAS, and Stockbridge Technology Centre.

It’s hoped their findings could help other farmers gain more confidence and knowledge about integrating flowers into their systems, so they can reduce their reliance on pesticides and fungicides, with benefits for the environment, biodiversity, and production costs.

The farmers will monitor insect populations in existing and newly established flowering features, and also experiment with different seed mixes and establishment techniques based on their soil types. Some will also trial different distribution of flowers around their farms, such as flower strips within crops, or large blocks of flowers, instead of just flowering margins.

Agri-environment schemes have traditionally emphasised attracting insects for conservation, such as pollinators and butterflies, says Dr David George, an entomologist at Newcastle University.

“While pollinators are essential for food production and biodiversity, farmers know less about attracting and supporting the right predatory insects, such as ladybirds and parasitic wasps, which eat aphids and other pests,” says Dr George.

“In the last few years, however, there has been a huge increase in the number of farmers now engaging with methods to encourage these beneficial insects and the 'biological control' services they can provide.”

Why we need to start building knowledge now

Gaining knowledge about a range of systems is a key part of the trial, adds Dr Emily Pope, senior knowledge transfer manager at AHDB, who is coordinating the field lab.

“What’s different about this trial is that we’re including the farmers’ systems as they are, rather than creating uniform conditions, so it’s about seeing how we can use flowers and insects in real-life farming situations,” she says.

Using flowers and insects effectively will require a “more knowledge intensive” way of operating, says Ms Pope, with farmers building up understanding specific to the habitats and wildlife on their own farms.

“We’re just scratching the surface about what we know, because using flowers and predatory insects has not been a feature of most farms for a long time,” says Dr Pope. “Insect populations and their life cycles are much more complex than a shelf of chemicals, and so it will take years to build up that knowledge about what works on your land.

“However, it’s no different to how farmers already build knowledge about, for example, their soils and the way they respond to weather conditions – but it does mean now is a good time to start that journey and take the opportunity to create a system less reliant on synthetic chemicals.”

How the farmer’s toolbox is changing

Pests such as aphids, and diseases transmitted by pests such as barley yellow dwarf virus, could cause crop losses totalling £139million a year if untreated, according to AHDB. This is despite farmers spending 17% of their total cost of production (£433/ha) a year on pesticides and fungicides (based on AHDB Farmbench winter wheat data for 2020), and applying 16,900 tonnes of pesticides across Great Britain in 2016, according to Defra.

The impacts on insect and bird populations, and on soil health, water and the environment, are well documented, and growers are rapidly losing the use of active ingredients. All of these factors are key drivers for the farmers in the trial, says Dr Pope.

“Previously, we referred to synthetic chemicals when we spoke about what was in a farmer’s toolbox, but we will never have those tools available in the same way again. Biology, not chemistry, is going to be in that toolbox increasingly in the future,” she says.

“The ultimate goal would be to encourage a farmed landscape that is supported by a patchwork of flowering habitats across each farm, and then for neighbouring farmers to work together to connect up habitats and features,” says Dr Pope. “Beneficial insects are as vital to a farm as soil itself – they are ‘livestock’ as much as sheep and cattle.”

“Supporting farmers to research agroecological practices, which build nature into food production at the same time as improving the bottom line, is what farmer-led research is all about,” adds Rebecca Swinn, Innovative Farmers Manager.

“By building knowledge into non-chemical pest management, farmers are leading the way in transitioning towards a better food system. The experience gained in this field lab will be vital for giving others the confidence to have a go themselves and look at alternatives to pesticides.”

Angus Gowthorpe: “I want to know where to distribute flowering strips”

Mixed farmer Angus Gowthorpe has had his fair share of pests, having lost his entire oil seed rape crop in 2019 to flea beetle, and previously suffered up to 15% crop losses to barley yellow dwarf virus (BYDV). He has also had problems with bruchid beetle reducing the value of the beans by about £30/t.

Since 2014 he has been farming regeneratively and has not used insecticides on his 400-acre farm near York, where he produces arable crops and grazing suckler cattle.

“We’ve been increasing beneficials for some time, but it’s been more as a result of us going down the regenerative farming route with more diverse rotations and not using insecticides, than something we have been trying to achieve deliberately,” says Mr Gowthorpe.

“Now I want to increase our pollinators and predatory insects to fight pests, and more generally boost our farm’s biodiversity. I’m hoping the field lab helps me do that and better understand what flower and grass species we need to attract specific insects, and also how far apart the flower margins need to be.

“There’s some research which says that insects travel about 50m, and so you should plant your flower margins, or in-field flower strips, no more than 100m apart. That’s in a conventional system though, so I want to know if the same applies in a regenerative system like mine.”

Mr Gowthorpe says he has noticed far more insects on his farm since he stopped using insecticides, including more spiders and beetles, and that this has also translated further up the food chain to more mice, birds of prey, and English partridges. He hopes that increasing the area of flowering margins and strips will further boost numbers and diversity.

Frances Standen: “I want to know how to enhance what we’ve already got”

Frances Standen, says a healthy farm environment full of plant and insect species is helping to keep chemical inputs down on her 300-acre mixed farm near Malton.

The tenanted farm has a wide range of flowers and plants that are attracting a variety of insects, thanks to 10 years spent in Higher Level Stewardship agreements, and further work Frances has done since she took over the tenancy four years ago.

She hopes that the field lab will help to further enhance what the farm already has and continue to build a managed ecosystem which looks after itself and protects against pests and disease.

“We’ve got a lot of flowers and rare plants that used to grow in arable fields, like Weasel Snout, which has a little pink flower,” says Mrs Standen. “These are already attracting insects, but we want to know how to tweak what we’ve got to attract even more beneficials. We’ve got a lot of species that are specific to the farm, so we don’t need to introduce new flowers, but rather improve what we’ve already got.

“Creating a healthy system that looks after itself is already showing its worth. We’ve not had to use insecticides for the four years we’ve been here and with input costs going up hugely at the moment, the holistic approach that involves creating a healthy environment is beginning to return real benefits” she says.

More than 140 species of plants were found on the farm on a recent botany walk. Flowers that are attracting insects on the farm include Bird’s Foot Trefoil, Knapweed and Meadow Cranesbill, and there are rare ones such as Large Flowered Hemp Nettle, Southern Marsh Orchid, and Corn Buttercup.

For more information on this trial as it progresses, and to hear about other farmer-led research, visit www.innovativefarmers.org.

Innovative Farmers is a not for profit network giving farmers research support and funding on their own terms. Through the network, groups of farmers work directly with a researcher to design practical on-farm trials, called field labs. The programme is managed by the Soil Association.Innovative Farmers is part of the Duchy Future Farming Programme. The network is funded by The Prince of Wales’s Charitable Fund and backed by a team from LEAF (Linking Environment and Farming), Innovation for Agriculture, the Organic Research Centre and the Soil Association. The network’s partners span educational, research and charitable organisations and include: Rothamsted, Duchy College, the Centre for Agroecology, the Food Security & Land Research Alliance and Harper Adams University. Innovative Farmers is sponsored by AHDB, Riverford and Buccleuch. It is supported by the Farmer Network, the Pasture Fed Livestock Association, the EU funded LIAISON project, and the Organic Growers Alliance.

The Soil Association was founded in 1946 by farmers, scientists, doctors and nutritionists to promote the connection between the health of the soil, food, animals, people and the environment. Today the Soil Association is the UK's leading membership charity campaigning for healthy, humane and sustainable food, farming and land use. Its Chief Executive is Helen Browning, and Chair of Trustees is Gabriel Scally.