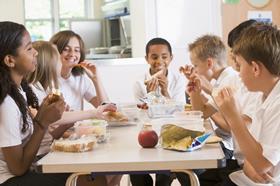 Food and farming charity Sustain is calling on the government to procure British apples and pears for all 4.7 million children in state funded primary schools.

Sustain’s campaigns and policy coordinator Sofia Parente said an expanded Fruit and Vegetable Scheme would be a good solution for boosting fresh produce consumption, and sales for British growers.

'This could be a win-win for the Government.Making it easier for farmers to sell their produce into schools would help support farmers through the pandemic and embed good eating habits in our children,' Parente said.

The School Fruit and Vegetable Scheme currently provides a free piece of fruit or veg to 2.3m children in KS1 in 16,600 state funded primary schools in England each school day.

The scheme is worth £40m but only 30-40 per cent of the produce is British, including only 13 per cent of apples, and five per cent of pears.

Currently at peak harvest in the UK for topfruit and other fresh produce, growers are struggling witha 15 per cent increase in labour costs due to Covid-19 issues, on top of a34 per cent rise in labour costs over the past five years, according to figures from British Apples and Pears.

Parente said the School Fruit and Vegetable Scheme is an ideal outlet for small apples and pears as they cannot go anywhere else in the marketplace and are good for small children.

Growers have also complained that the scheme is too complicated for them to access and prices do not cover the cost of production.

Sustain says that expanding the scheme and re-specifying the contract to include British produce would increase the value of the supply contract by at least another £40m and generate additional demand for British fruit and vegetables.

The scheme procures 437m pieces of fruit and vegetables, and expanding it to all children in primary school would require additional 456m pieces.

In July Henry Dimbleby launched Part One of the National Food Strategy, with key recommendations including the expansion free school meals, and vouchers for purchasing fresh produce.

Sofia Parente continued: “We strongly support the recommendations of The National Food Strategy to address food poverty and inequality. Alongside an increase in the number of children and families eligible to free school meals, holiday programmes and Healthy Start, expanding the School Fruit and Vegetable Scheme to all children in primary school would help to level off some of the inequalities in access to fresh fruit and vegetables.

“Ensuring every child in primary school eats one portion of fruit and vegetables would be a game changer given the low levels of fruit and veg eaten by children and would provide a safety net to complement free school meals for children in the most food insecure and lower-income households.”