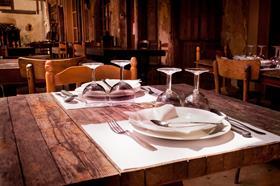 Catering suppliers have been rocked by the introduction of stricter lockdown restrictions in London and the South East, seeing demand for their produce plummet amid the shutdown of the hospitality sector.

The hasty announcement on 14 December that London, most of Essex and parts of Hertfordshire would be upgraded to Tier 3 two days later left suppliers facing losses. These areas have since moved into Tier 4.

One NCGM catering supplier, who wished to remain anonymous, reported he would lose significant revenue in unsold produce, saying: “Growers rightly want to be paid but we’re not going to receive anything for the goods'.

“We’re sitting on a pile of unused and unsold produce on the wholesale side,” he said. “If Boris had given us proper notice, we could have stopped the shipments, but once the produce has been harvested, there’s nothing we can do – we have to pay for it.”

The trader added that the restrictions will cause “a tremendous amount” of food waste among catering suppliers, and lamented it will be difficult to divert all of the unused produce to charity so close to Christmas.

“Charities can find it very difficult to redistribute produce that needs to be peeled and prepped,” he said. “And although we’ve been in close contact with organisations like FareShare, we’re struggling with distribution at the moment because of the hold-ups on the M20.”

Thankfully, the supplier has been able to divert some of the produce to independent retail outlets, which he says have been putting in large orders amid panic-buying in the lead up to Christmas.'As we have before during this pandemic, we will successfully weather the storm,' he said.

In a bid to limit food waste, fresh produce communications and trading platform FruPro has offered to help suppliers with a hospitality focus to sell produce they might otherwise struggle to shift.

“If you’ve got unsold produce, we can help you redirect it to wholesale markets with a more retail-centric customer base,” said FruPro co-founder William Hill. He pointed out that independent retailers are enjoying high demand at the moment amid Covid-19 and Brexit-related panic-buying.