MPs show their support for farming on Back British Farming Day, says NFU 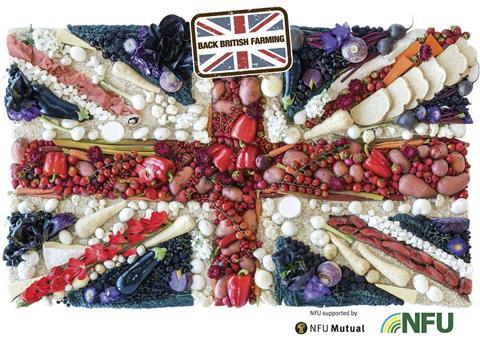 MPs from across all political parties showed their support for British food and farming by wearing the iconic wheatsheaf pin badge in Westminster and during Prime Minister’s Questions (PMQs) on Wednesday (2 November), the NFU reports.

A sea of wheatsheaf badges could be seen on the lapels of MPs on both sides of the chamber, with them showing their support of the role British farmers play as food producers, caretakers of our environment and central pillars of rural communities, the farming union said.

Prime Minister Rishi Sunak voiced his support for British farmers and everything they do for our rural communities during PMQs and on social media. Leader of the Labour Party, Sir Keir Stamer, also showed support for Back British Farming Day by wearing the wheatsheaf pin badge throughout PMQs.

During PMQs, MP for Totnes, Anthony Mangnall, asked Rishi Sunak: “Will the Prime Minister recognise with all members of the House the important role farmers play and recognise that public money for public good means producing food in this country?”

The Prime Minister responded, saying: “I agree with my honourable friend, British farmers are indeed the lifeblood of our nation. I join him in celebrating their contribution and I agree with him that we need to prioritise food security.”

The NFU held a reception in the Houses of Parliament which centred around winners of the new Community Farming Heroes award, who were nominated by MPs.

The winners included farmers and growers who have gone the extra mile for their communities, including donating supplies to Ukraine and providing safe and supportive homes for vulnerable women and children. Some winners also used their farms as outdoor classrooms, while dozens have fundraised thousands of pounds for charities. They were presented their awards by Defra Secretary of State Thérèse Coffey and Farming Minister Mark Spencer.

NFU President Minette Batters said: “On Back British Farming Day it is hugely important to see so many MPs actively showing their support for farmers and growers, both in their constituencies and across the nation. British food and farming is worth more than £120 billion to the national economy and provides jobs for more than four million people. Driving this industry forward are farmers, people who not only produce high quality, environmentally and climate-friendly food, but who play a central role in our rural communities.

“That is why we chose to celebrate our Community Farming Heroes, nominated by their MPs, to recognise how farmers go above and beyond for their communities every single day and it was an honour to recognise their hard work at our reception. We were pleased to welcome Defra Secretary of State Thérèse Coffey and Farming Minister Mark Spencer and it was fantastic they presented the winners with their awards.

“British farming really can offer solutions to many of the challenges we are facing as a nation. I want to take forward the support shown by MPs for our industry today on Back British Farming Day and work with government to ensure all future policies ensure British food, farming and the country thrive.”