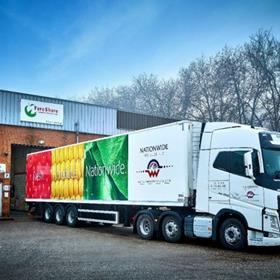 A partnership between FareShare and Nationwide Produce has seen the equivalent of over 18 million meals delivered to more than 4,000 frontline charities across the UK through the Covid crisis.

Nationwide Produce has been diverting surplus food to FareShare since January 2020 but strengthened its work with the charity when the pandemic hit the UK last year.

FareShare partnered with Nationwide Produce to manage the logistics of a £16m Defra-funded project, through which FareShare procured non-perishable food such as tins, pasta and rice, for distribution to the organisation’s 10,500 charity members during the Covid crisis.

Nationwide Produce supported with operations and logistics and even donated warehouse space which has been used by FareShare as a national distribution centre, diverting food supplies to 25 FareShare sites.

Scott Hollins, managing director at Nationwide Produce Evesham, said: “We have supplied FareShare with surplus stock from our Evesham depots for some time and have always been happy to support them.

“When approached about taking on all the storage, picking and transport operations for the project we immediately offered our services. Although very challenging at times, it was ultimately very rewarding, and we are absolutely delighted that we played a major part in delivering over 18 million meals to people throughout these very challenging times.”

Around 80 percent of the food distributed was dry goods, such as tinned soup and teabags, with the remaining 20 percent chilled food – such as cooked meats, cheese, dairy and fresh produce, of which Nationwide Produce was one of the main suppliers.

FareShare chief executive Lindsay Boswell said: “Nationwide Produce has been a crucial partner in helping us get good food to the people who need it most through the pandemic.

“Amid soaring demand, the company stepped up to the plate to work with FareShare, providing warehouse space and logistics support that enabled us to more than double the amount of food we distribute each week. We welcome Nationwide Produce’s surplus food and operational support at a time when it’s needed more than ever.”