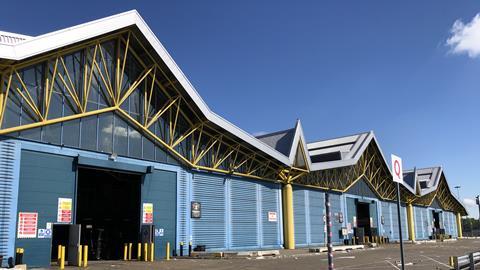 Plans to relocate New Spitalfields Market to Dagenham Dock along with Billingsgate and Smithfield have been shelved.

The City of London Corporation, which owns and manages the three markets, approved plans to move Billingsgate and Smithfield to the new site but decided Spitalfields should remain at its current home in Leyton, east London.

Nevertheless, the Corporation said its ambition remains to relocate New Spitalfields to Dagenham Dock alongside the other two markets at a later date. No timeline has been confirmed.

The move follows plans announced in 2019 to combine the three wholesale markets under one roof.

On 17 November the Court of Common Council – the City Corporation’s principle decision-making body – voted to deposit a Private Bill in Parliament to relocate Billingsgate and Smithfield only as part of a major regeneration programme for the Dagenham Dock area.

The project is still not a done deal, however. London’s wholesale markets, and many others across the country, are governed by legislation which means they can only be relocated with consent from Parliament. The deposit of a Private Bill by the City Corporation on 28 November will commence this process.

The new market at Dagenham Dock is expected to open between 2027 and 2028.

The City Corporation said it will invest nearly £1 billion in Barking and Dagenham “to regenerate 42 acres of industrial land into a modern, sustainable wholesale food market, stimulating the local economy and ensuring resilience in the food supply of London and the southeast”.

According to the Corporation, the new composite market will bring an estimated 2,700 new jobs to Barking and Dagenham and support 7,850 jobs across the UK – an increase of 1,140 (or 17%) on the jobs currently supported by Billingsgate and Smithfield.

The relocation is forecast to generate around £14.5 billion in cumulative productivity benefits (Gross Value Added) for the UK economy by 2049.

Leader of the London Borough of Barking and Dagenham, Cllr Darren Rodwell, said: “I’m delighted we’ve reached this next milestone for the relocation of the world-famous wholesale markets to the borough.

“London is moving east, delivering huge opportunities, like this, for new jobs and hundreds of millions of pounds of investment into the local economy.

“I’m excited by plans we are working on with stakeholders for a new Good Food Economy Partnership to unlock the full opportunities from the food sector for local residents and businesses.

“This includes a pipeline for local talent with tailored training opportunities, apprenticeships and new business start-up opportunities alongside an improved and healthy food offer.”