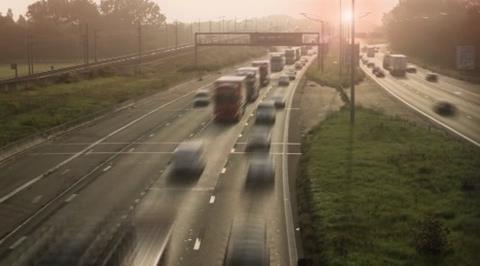 The average price-per-mile for UK haulage vehicles rose by 1 point this month, to 117.8 points in August, after showing signs of falling midway through the month. This follows the trend of previous years: there hasn’t been an August price fall since the TEG index began in 2019.

The overall price-per-mile for road freight has risen continuously for six months, after decreasing significantly at the beginning of 2022 – now 12.5 per cent higher than this year’s lowest prices in February, according to the TEG Road Transport Price Index. However, when compared to August 2021, the overall price-per-mile has dropped from 123.5 points to 123.3 points – a small decrease of 0.2 per cent.

After a similar period of rising prices, the price-per-mile of courier vehicles has dipped for the first time since February, with businesses reducing their prices to stay competitive as recession looms and demand shrinks.

With the ongoing cost of living crisis and experts predicting 18 per cent inflation for 2023, consumers are spending less – which means fewer goods need transporting. Some clients will also pivot towards local suppliers in an effort to reduce costs.

Profit margins will certainly become tighter for road transport businesses, but this can often result in companies innovating and eliminating waste. Digital adoption – with its potential to simplify and speed processes up – is one area where businesses are expected to focus and grow.

Lyall Cresswell, CEO at Transport Exchange Group and new platform Integra, said: “It’ll be somewhat of a relief for road transport companies that fuel prices are finally going down. But the same forces causing that drop are also chipping away at demand for hauliers and couriers. Everyone is looking for that recession on the horizon.

“But even if recession does hit, many companies are well-positioned and can take the opportunity to become more efficient. They’ve become incredibly resilient in recent years, coming through Brexit, Covid, war in Ukraine and various other challenges. The adaptability they’ve shown will stand them in good stead now.”

Kirsten Tisdale, director of logistics consultants Aricia Limited and fellow of the Chartered Institute of Logistics & Transport, said: “Retail sales figures indicate that volumes of non-food have been reducing year-on-year for most of the past year for home shopping from ‘Bricks & Clicks’ companies, and for internet-only businesses since the New Year. So it’s no surprise to see that the courier element of the TEG index is starting to show a small reduction, although not much.”

“I was surprised by the haulage element of the TEG index, which went up a little - if I was a betting person I’d have put money on it going down given the state of the economy! But having said that, perhaps I shouldn’t have been surprised as the haulage index has always gone up at this time of year since it started back in 2019.”