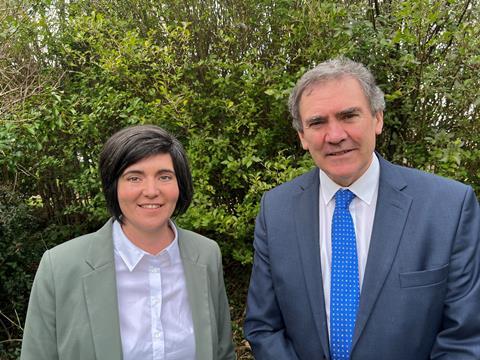 NFU Cymru has reaffirmed its position that Welsh Government’s new Sustainable Farming Scheme must be practical and achievable for all farmers in Wales.

The union has submitted its response to Welsh Government’s Outline Proposals for the Sustainable Farming Scheme (SFS), the scheme set to replace the BPS and Glastir from 2025.

In its response, NFU Cymru has broadly welcomed the proposals for a universal set of actions that all farmers in Wales undertake in return for an annual universal baseline payment, but has questioned whether these actions are realistic and deliverable for every farmer in Wales. NFU Cymru remains particularly concerned that many tenant farmers and those with common land rights will find it difficult to meet the scheme’s requirements.

NFU Cymru President Aled Jones said: “We have been encouraged by Welsh Government’s proposals, that in return for undertaking a set of universal actions, farmers will be able to enter into the scheme and receive a baseline payment. However, our support is very much dependent upon Welsh Government developing a set of universal actions that are practical and achievable for all farmers in Wales, irrespective of sector, land type and location. NFU Cymru is clear that the universal actions as currently proposed do not meet this objective.

“Welsh Government’s proposals for the universal actions to be delivered via multi-annual contracts, for example, represent a significant change from the Basic Payment Scheme, which runs annually and is likely to represent a barrier to entry for farmers who do not own the land that they farm. How equal access to the scheme is to be secured for tenant farmers and farmers with common land rights remains a key issue to be addressed by Welsh Government. NFU Cymru has long been clear that support must be targeted at active farmers - the people and businesses taking the risks associated with food production - and we look forward to being involved with the working groups established to consider these matters.”

NFU Cymru added that the Welsh Government must revise some of the universal actions it is proposing. Proposals for all farmers to achieve 10% tree cover and 10% habitat, for example, have been widely rejected by the union’s membership. The union maintains that there are many practical reasons why such targets will prove impossible to achieve on the ground, disadvantaging many farmers.

At a time of significant global food insecurity, NFU Cymru said it is also concerned about the impact of these proposed actions on Welsh food production, recognising that tree planting and habitat creation often represent a permanent change in land use.

Jones said: “As a globally responsible nation we must ensure that proposals for increased tree cover and habitat are not achieved at the expense of food production. I remain concerned that the SFS continues to lack outcomes to ensure levels of domestic food production are maintained and enhanced to ensure the stable supply of safe, high quality, affordable food in Wales, ensuring we play our part in global food security.

”The impact of the Covid-19 pandemic, the UK Government’s trade policy and the tragic conflict in Ukraine and its effects across the world now also need to be considered alongside the outcomes that Welsh Government has set out for what it would like to achieve through the SFS. NFU Cymru is clear the scheme outcomes should be extended to include broader economic, social and cultural objectives and food security, rural vitality, on-farm productivity and the Welsh language should be included as key outcomes.”

He continued: “Whilst the outline proposals have given farmers a first opportunity to see some of the actions and activities they may need to undertake to enter the SFS, without any information on the levels of funding attached to these actions and activities it remains impossible for farming families to consider how the scheme will support their farming business. We are clear that the scheme must deliver at least the same level of stability for farm businesses, the supply chain and our rural communities as the current arrangements do.

“NFU Cymru has long been clear the future scheme needs to provide levels of funding that match the scale of the ambition. At the very minimum not a penny less in line with Ministerial commitments means the value of Pillar 1 and Pillar 2 funds including the domestic co-financing obligation upon Welsh Government for rural development. In summary, we expect over £374m of funding to be available annually to resource the Sustainable Farming Scheme if commitments made by our governments are to be honoured, recognising that given the significant inflationary pressures, this would be a reduction in real terms.”