India has overtaken the UK as the world’s fifth largest economy, Bloomberg reports 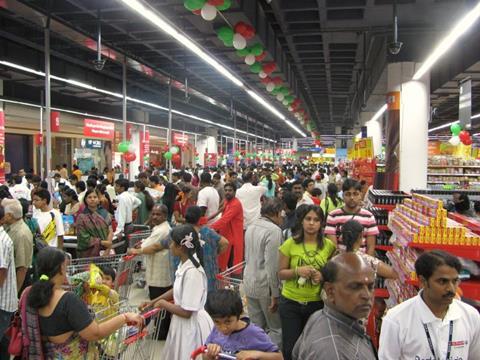 Britain has fallen in the world rankings to sixth largest economy after India pipped the UK to fifth place in the last quarter of 2021, reports Bloomberg.

India has since extended its lead, calculated in US dollars, in the first quarter of 2022, according to GDP figures from the International Monetary Fund.

While this marks a watershed moment for India, propelling it into the top five global economies in nominal dollar terms, Bloomberg said the UK’s decline down the international rankings is unwelcome news for new prime minister Liz Truss.

British growth was sluggish in the first quarter of this year and output is expected to shrink further over the coming months, the publication said. By contrast, India is the world’s fastest growing economy and domestic demand is booming.

Forecasts suggest the Indian economy will grow more than 7 per cent this year, Bloomberg said.

The UK, meanwhile, faces the fastest inflation in four decades and rising risks of a recession that the Bank of England says may last well into 2024, the report said.

The US remains the world’s largest economy, followed by China, Japan and Germany.