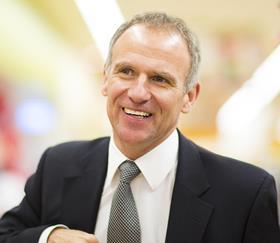 The UK is setting an example for other countries to follow in its fight against food waste but global efforts to halve food waste remain “woefully behind” where they should be.

That was the message from Champions 12.3 in its latest progress report, which named the UK as an “exemplar” country in the fight against waste.

The international coalition is aimed atcutting international food loss and waste by 50 per cent by 2030 in line withthe UN’sSustainable Development Goal 12.3. The UK has cut its food waste by 27 per cent since 2007, meaning it is halfway to achieving its country goal.

Chamions 12.3 pointed to the work done in the UK and the Netherlands as examples of what can be achieved through aTarget-Measure-Actapproach.

Wrap’s latestFood Waste Reduction Roadmap, which coincided with Champions 12.3 report, shows growing adoption of theTarget-Measure-Actapproach in the UK, with more than 70 new organisations committing to the Roadmap in the last 12 months.

More than 60 UK businesses now publicly report food surplus and waste data and around 180,000 tonnes of food (worth £300 million) has so far been rescued by Roadmap members.

There is still a long way to go to meet SDG 12.3, however, and departing Tesco CEO Dave Lewis, who chairs Champions 12.3, called oncompanies and countries to do more to tackle food waste.

“If food loss and waste were a country, it would be the third largest emitter of greenhouse gases on the planet,” he said. 'In order to halve global food waste by 2030, more must be done with more urgency than ever before.

“Significant progress is being made. The UK has cut its food waste by 27 per cent since 2007 and hundreds of companies, including many of our own suppliers, are doing their part too.

“But there is still more to do. We need even more companies to set food waste reduction targets and publish their data.”

The Wrap report details actions across the supply chain, from farm to fork. Retailers feature prominently, withTescoexpanding its scope geographically along its supply chain.

It was the first supermarket chain to invite its suppliers to adopt the Target-Measure-Act approach back in 2017. Today, 54 UK Tesco suppliers share food waste data publicly, including a number overseas.

Wrap said fiveretailershave published comparable data, revealing that between them they’ve prevented over 20,000 tonnes of food waste a year, compared to their baselines. This represents an average 15 per cent reduction, with over £60 million of food saved.

This programme is the next major stage in the Roadmap and involves businesses working together across the supply chain, from farm to factory to warehouse to store, to identify ways to reduce food waste at each stage.

Elsewhere on the high-street, the hospitality and food service sector has seen big names join the Roadmap despite the disruption of lockdown, withBurger King UK,McDonald’s UKandPret A Manger alljoining.

This year more focus has been put on measuring food loss and waste in primary production, with practical guidance produced following pilots by Wrap. Since the launch of thegrower guidancein March, Wrap said more businesses have begun measuring waste through this season both in the UK and internationally.

Commenting on the report, Wrap chief executive Marcus Gover,said:“In January we reported that the UK was mid-way to completing its part inSDG12.3. Despite huge disruptions to the supply chain since then, food waste has remained a priority for most food and drink businesses and the Roadmap has become a blueprint towards our Courtauld 2025 targets, and the global goal.

“We must prevent a further 1.8 million tonnes of food from going to waste by 2030. Most from our homes, but more than half a million tonnes through the further actions of retail, manufacturing and hospitality and food service businesses.

“We need around 400 more food businesses to commit to the Roadmap and Target-Measure-Act. It’s also important that more businesses publish their data and insights, to help accelerate the collective effort.

“The rest of the world is looking to the UK to continue to lead the way, and the stakes are too high in terms of the environmental, economic and social costs of food waste for us to fail.”

The Food Waste Reduction Roadmapis the only nationwide programme operating from field to fork anywhere in the world.

Since its launch in 2018 the number of participating organisations has more than doubled to around 260,with food businesses numbering over 210.

The report from Wrap and IGD comes ahead of the Government’s expected consultation on mandatory public reporting of food waste by businesses, set to resume later this year.

Wrap said it was working closely with policy makers to ensure new regulations are aligned and informed by the Roadmap and its resources.