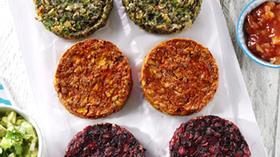 Defra minister Zac Goldsmith has written to the EU about a proposal to ban the use of words like ‘sausage’ and ‘burger’ to describe foods that don’t contain meat.

In June and July, the EU Energy and Environment Sub-Committee investigated a proposal from the European Parliament’s Committee on Agriculture and Rural Development to restrict the use of the descriptions to products containing meat and not to vegetarian alternatives.

The committee wrote to the government with concerns that the proposal did not have the evidence to justify it, would be costly for vegetarian businesses, and could put people off reducing their meat intake for health or environmental reasons.

Goldsmith has now replied to the committee, acknowledging that “vegetarian sausages and burgers have been on the UK and European market for many years now and where they are clearly and honestly labelled, as the large majority are, consumers are not at all misled”.

He also agreed that existing legislation protects consumers from misleading information, and that it is important to avoid creating barriers for new foods.

The committee has replied to Goldsmith and asked for more details on the government’s position if the proposal is put forward during negotiations on the Common Agricultural Policy reform.