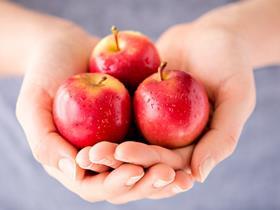 Prevar Limited and the AIGN (Associated International Group of Nurseries) have confirmed their ongoing partnership by signing a new agreement that will 'cover the foreseeable future'.

Jim McLean, chairman of the board for Prevar and Lynnell Brandt, president and chairman of the Board for AIGN, held a signing ceremony in Havelock North, New Zealand to celebrate the extension of the service agreement between the two companies.

Prevar is a joint venture company with three shareholders: Apples and Pears NZ, Plant & Food Research and Apple & Pear Australia, with the aim of assisting Australian and New Zealand growers in achieving sustainable profits from the new varieties.

McLean spoke of the partnership that has developed between the two companies: “Prevar and AIGN have worked together to protect and commercialise a number of new Prevar varieties including Rockit, Dazzle, Smitten, Cherish and Lemonade apples as well as Piqa Boo and Reddy Robin pears.”

'The AIGN group is proud of the work achieved by its members in conjunction with Prevar to introduce, and protect the range of Prevar apple and pear varieties in the last fifteen years, and are excited by the new material coming through the Plant and Food Breeding Program,' Brandt added.

The organisation specialises in global management of intellectual property, including the introduction, protection, testing and evaluation of new products in each AIGN region, and developing coordinated marketing plans for tree sales and commercial fruit product launches, with the goal of maximising the return to the owner and stakeholders.