Despite announcing a US$248m Q1 loss, CMA-CGM expects sharp improvement in Q2 will pave the way for a return to positive territory 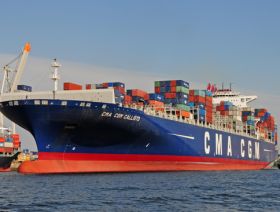 French shipper CMA-CGM has posted a significant loss over the first quarter of the year, a result attributed to a jump in fuel prices and a reduction in freight rates.

CMA-CGM said its results had improved sharply since the end of the first quarter, however, and the company stated it reached break-even operating profit in April as a result of a turnaround in freight rates and a decline in bunker prices.

A cost-reduction plan is also expected to find US$400m in savings by the end of the year, CMA-CGM predicted, and the company expects to return to the black during 2012.