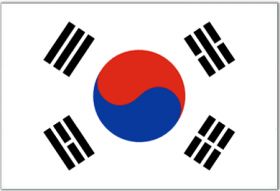 South Korea’s governments will suspend a range of import tariffs on food products to help tame inflation resulting from recent heavy rain and a foot and mouth disease outbreak in the country.

According to China’s state news agency Xinhua, Korea’s 30 per cent tariffs on bananas, pineapples and radishes would be removed until the end of September, while the 27 per cent tariff on white cabbages would be suspended over the same time period.

The government would also expand its zero-tariff quota for refrigerated pork imports to help curb price hikes resulting from the mass culling of millions of pigs and cattle after a foot and mouth outbreak in the country. Previously zero-tariff pork imports were limited to 130,000 tonnes.

According to Xinhua, Korea’s consumer price index increased by 4.7 per cent during July on the same period of the previous year. This pushed it above the Bank of Korea’s inflation target band of 2-4 per cent for the seventh month in a row.