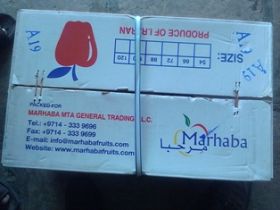 Agriculture trade between India and Iran has significantly increased in recent years despite US-led sanctions against the Persian nation over its nuclear programme, the Fresh Fruit Portal reports.

During the 2011-12 season, India’s imports of Iranian fruit and nuts totalled US$54.33m, marking consecutive year growth of 30 per cent. Bananas, dates and raisins were the leading imported items.

Over the same period, India’s exports of fruit and nuts to Iran amounted to US$9.66m, comprising growth of 35 per cent from the previous season.

Vijay Kalantri, president of the All India Association of Industries and vice chairman of the World Trade Centre Mumbai, told the Fresh Fruit Portal that on 31 May he met an Iranian trade delegation in Mumbai, describing the country as an important export market for Indian fruits with the potential to reach US$20m annually.

This meeting was following by the All India Association of Industries (AIAI), World Trade Centre (WTC) Mumbai and Iran’s Urumieh Chamber of Commerce signing of a memorandum of understanding, calling for enhanced cooperation between the two countries.

Debjani Chowdhury, joint director of research at the World Trade Centre Mumbai, was enthusiastic about future opportunities for agriculture trade between India and Iran following the meeting, expressing expectations that this would continue to increase.

The World Trade Centre Mumbai has stated that India’s high import tariff structure is restricting growth from reaching its full potential and called for a preferential bilaterial tariff system between India and Iran.