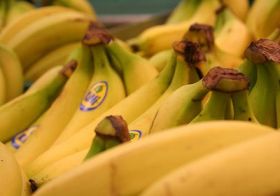 Dutch scientists have proved that Panama disease has now become as far widespread as Jordan, causing serious concern to banana industries throughout the world.

Scientists at the Wageningen University and Research Centre in the Netherlands published their study results in the scientific journal Plant Disease, concluding that a concerted international effort is necessary to combat disease spread.

Panama disease, which is caused by the fungus Fusarium oxysporum and affected the roots of banana plants, is already wreaking significant damage on plantations in South East Asia.

While Cavendish varieties have become the mainstay for most plantations due to its initial resistance to the disease, a new highly aggressive strain of the fungus has been identified which is decimating cultivation.

At present, there is no means to protect the banana.

While bananas are only cultivated on approximate 1,000-1,500ha of land in the country, approximately 80 per cent of plantations are now thought to be infected.

It has not yet been established how the disease spread from South East Asia to Jordan.

The study's lead researcher, Gert Kema, believes it is only a matter of time before the disease also makes its way to Africa, where it could have devastating consequences given the fruit's crucial part of the local diet.