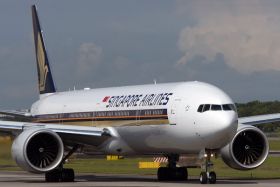 From 1 May, Singapore Airlines began servicing a route from Canberra to Singapore daily.

The operation has replaced their Singapore-Canberra-Wellington rotation which began four times a week from September 2016 and has now ended.

Flights departing Canberra will operate overnight, departing at 11:15pm and landing in Singapore at 5:15am the following morning.

For some producers in the Canberra region, this is a new potential opportunity to grow a new export market.

Mushroom growers Ian and Helen Chu produce mushrooms under the Majestic Mushrooms brand just outside of Canberra. They told The Sydney Morning Herald that the new direct flights have now made it a possibility for them to undertake exports.

Ian noted that the new overnight direct flight means he could have mushrooms picked that day landing in Singapore early the following morning reducing risk of spoilage and quality reduction.