Quality up, volume down for Pure Pac 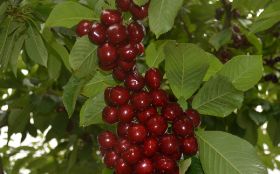 New Zealand cherry supplier Pure Pac has finished its second season with a packout rate of close to 90 per cent first grade fruit, helping the co-operative to partially offset a short crop volume.

A seasoned horticulturalist with more than 30 years' experience, Kirk said she had never seen cherries achieve a brix level (natural sugars) of up to 31 as they had during the 2018/19 season.

"The minimum brix specification is 16. To achieve more than 30 is exceptional,” Kirk explained. "The size of our export cherries was also impressive with most ranging from 30 to 34mm. Importantly, big cherries retain sweetness."

While the quality of the crop was exceptional, there was a large shortfall in volume.

According to initial data released by Summerfruit New Zealand, New Zealand's cherry industry experienced a 40 per cent year-on-year drop in export volume over the 2018/19 campaign, due to variable pre-season conditions.

"We were forecasting 700 tonnes before a frost in October which reduced the crop and resulted in smaller picking runs but that had no impact on our seasonal span," Kirk said.

"While the export market was short on volume, demand was strong from start to finish and the exchange rate was favourable.”

Read more on the New Zealand cherry season in the upcoming March edition of Asiafruit Magazine.