Weekly harvest figures expected to exceed 400,000 trays by end of October, with overall volume tipped to near 200m mangoes 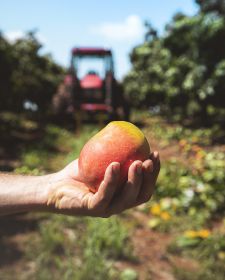 The Australian Mango Industry Association (AMIA) has officially announced the Australian mango season open, with national dispatch levels increasing from 100,000 trays per week in early September, to an expected 400,000 trays by the end of October.

In a release, AMIA said it anticipated Australian consumers will eat close to 200m mangoes across the warmer seasons, with the tropical fruit set to be available in supermarkets through to March 2021.

Ideal growing conditions have many growers confident of consistent quality throughout the entire season, with early season fruit mostly dispatched from the Northern Territory. From November, Queensland will produce the majority of the tropical yield.

“There’s no doubt 2020 has been a difficult year for all, but the good news is it hasn’t affected our produce. Thanks to perfect warmer weather, our preliminary tests indicate that Australians can expect an incredibly flavoursome season,” said Robert Gray, chief executive of Australian Mangoes.

“Our hardworking growers are delivering that iconic sweet mango taste that everyone knows and loves,” he added.

In terms of Australian mango exports, speaking to Fruitnet for the October issue of Asiafruit magazine, Gray said each season is made up of planned, committed sales to key protocol markets, including China, Japan, New Zealand and Korea.

Then there are opportunistic sales to non-protocol markets such as Hong Kong, Singapore and the Middle East. Gray noted the protocol markets will have to take priority this season, given the lack of reliable airfreight services.

“The reality now is exporters must be fully committed to a market and have a flight scheduled and ready to go when their fruit is picked, otherwise the airfreight is not likely to be there.

“The opportunistic sales into non-protocol markets, while they make up almost two thirds of our exports, rely on a week-by-week scenario, and that probably won’t be possible this year given the limited services," he added.

Read more about Australian mango exports in the October edition of Asiafruit, available now via the Asiafruit app. Contact our team today to organise your free trial.