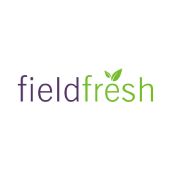 Baby corn is a promising product for Indian farmers, and has risen from virtual obscurity a decade ago to a successful crop on both the domestic and export markets.

The largest exporter of India’s baby corn harvest has emerged as FieldFresh Foods, a joint venture between India’s Bharti Enterprises and a one of the world’s largest food companies, Del Monte.

Punjab has become the centre of baby corn growth, according to The Economic Times, where the FieldFresh joint venture has over 400ha under collaborative farming arrangements.

The company has also set up a packhouse replete with hydro-coolers, and capable of processing 250 tonnes a day and cold-storing 500 tonnes.

“This financial year, we have exported 200 tonnes of baby corn. We have already invested Rs.500m (US$10.2m) in Punjab and we will be processing 200 tonnes of food products here,” he said.

“Bharti-Del Monte India is proud to be the largest exporter of fresh baby corn in the country. This achievement is a tribute to the entire farming community of Punjab, whose dedicated efforts have made us achieve this tremendous feat.”

Baby corn from the company has found its way to the shelves of retailers like Sainsbury, ASDA, Morrison and Sommerfield.

The Bharti-Del Monte joint venture’s operation has been aided by FieldFresh ACE, the group’s research and development operation whose efforts have allowed the baby corn industry to harvest three full cycles, from May through to December, reported the IANS.

“The ongoing knowledge and best practice sharing at FieldFresh ACE has immensely benefited the farmers by increasing their yield per acre through optimum utilisation of resources and enhancing the number of crop cycles, thus significantly increasing their farming income,” FieldFresh officials said.