The weak US dollar is worrying French apple shippers, who expect to market a smaller crop this season according to Blue Whale's Marc Peyres 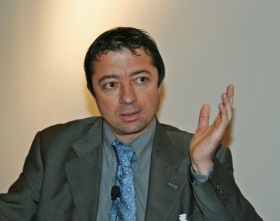 Unfavourable exchange rates are worrying French apple shippers as they look ahead to the 2008/09 export season in Asia.

The continued weakness of the US dollar against the strengthening euro will eat into export profit margins, so higher prices must be secured in Asia to guarantee good returns to growers, they said.

“The US dollar/euro exchange rate is our principal worry,” Marc Peyres of French apple shipper Blue Whale told Fruitnet. “Last year our growers received satisfactory returns simply because we had a record crop and were able to sell large volumes. This coming season, we absolutely must secure sales prices 5-10 per cent higher than last year in euro markets, and much higher in US dollar markets.”

But achieving high prices on Asian markets depends on the availability of top-quality small-sized French fruit, as well as apple volumes arriving from the US, Mr Peyres explained.

And this year he expects fewer small apples in the 2008 French crop, since overall yields are likely to be slightly down on 2007.

Nevertheless, Mr Peyres is optimistic that overall French apple quality and demand will be good this year.

“We should once again have a good export season,” he said. “We expect to start exporting to Asia in mid-August.”

Last year Blue Whale doubled its exports to Asia and saw its overall apple shipments rise by 20 per cent.