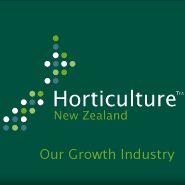 Strong rains took a heavy toll on the country’s winter vegetable crop in particular, and last month saw vegetable prices rise as much as 30 per cent, according to the New Zealand Herald.

A combination of tax cuts and lower global commodity prices is tipped to relieve the high prices, but not for at least six weeks.

Horticulture New Zealand’s CEO Peter Silcock told Fruitnet the effects of the unusually bad weather might linger until the end of the year.

“New Zealand has had a particularly hard winter, with many areas experiencing more rain than usual,” he said.

“There has also been quite a bit of hail in our main vegetable production areas, lower light levels than normal and some severe winds. The unusual thing is that all our major production areas have been affected”

Mr Silcock said a number of growers had reported losses of 20-30 per cent of marketable yield, cutting supplies to the domestic market.

“We expect the impact to go on for some time, probably until the end of the year, as the weather has prevented people getting on the ground to do planting and pest and disease management work,” he said.

He added Horticulture New Zealand didn’t expect the bad weather to have a major impact on exports because the export season is still some time away.