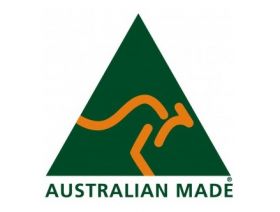 The success of the Australian Made Campaign is encouraging other countries to invest in nation-of-origin branding.

Australian Made Campaign Chief Executive, Ian Harrison, shared details about the programme with Ireland’s business community in Dublin last week. Meanwhile, Canadian ministers travelled to Australia earlier this year to learn more about the creation of a national logo for locally made and grown products. Key Southern Hemisphere fresh produce suppliers such as New Zealand and South Africa have also come to Australian for branding advice.

Australian traders have been using the green-and-gold Australian Made, Australian Grown kangaroo logo for over 25 years. Harrison said the Australian Made Campaign’s strict compliance programme has earned the logo credibility both in Australia and abroad.According to Roy Morgan Research, 98 per cent of Australians recognise the logo, while 88 per cent trust it to identify locally made and grown goods.

“For many small businesses, particularly those involved in export, the logo is their strongest brand in the marketplace,” Harrison said. “The same can be said for State, Territory and local government branding activities overseas – when the logo is used as a hierarchical branding platform, it establishes the national identity of the sub-brands.”